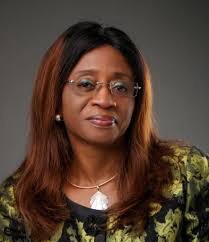 The Special Adviser to the Lagos State Governor on Works and Infrastructure, Engr. Aramide Adeyoye, has said that the Ikeja G.R.A Urban Regeneration Project was embarked upon by the Government to address and reverse the flooding, environmental and infrastructural challenges experienced by residents of the prime residential area.

Mrs. Adeyoye spoke during an inspection tour of the ongoing rehabilitation on a network of four roads in Ikeja, comprising Oduduwa Way, Oduduwa Crescent, Oba Dosunmu and Sobo Arobiodu streets.

She observed that the phenomenal increase in activities within Ikeja G.R.A over the years led to environmental challenges, particularly flooding that has threatened multi-billion Naira property investments, just as many property-owners along the axis paid no attention to ensuring proper drainages and water channels exist along their roads.

Noting that the lack of essential infrastructure to curb flooding in Ikeja G.R.A impeded the flow of traffic, extended travel hours, caused damage to vehicles and occasioned low patronage for businesses, the Special Adviser said the ongoing projects are the government’s response to halt the challenges faced by residents of the high-brow area.

She said, “In order to address and reverse flooding and infrastructural challenges, the administration of Governor Babajide Sanwo-Olu and the Deputy Governor, Dr. Obafemi Hamzat, in year 2020, awarded the reconstruction and upgrading of Oduduwa Way, Oduduwa Crescent, Oba Dosunmu and Sobo Arobiodu Streets, four strategic roads in Ikeja GRA”.

Ikeja GRA was designated to have urban regeneration. For now, we are working on Oduduwa Way, Oduduwa Crescent, Oba Dosunmu and Sobo Arobiodu. This is a network of four roads totalling about five kilometres. We are here to see the progress of work and address some of the issues along with the residents”, she stated.

The Special Adviser recalled that the highbrow area used to be exclusively residential and one of the cleanest and most orderly neighbourhoods in Lagos State, pointing out that the introduction of many commercial concerns ranging from entertainment outlets to restaurants, bars and lounges, fancy hotels and suites, supermarkets and mini-marts, financial institutions and other private ventures have turned Ikeja GRA into a sprawling commercial centre.

Disclosing that the Ministry of Works and Infrastructure is working in conjunction with the Office of Drainage Services to address the environmental and infrastructure challenges in Ikeja G.R.A, Engr. Adeyoye gave an assurance that the project will deliver an effective drainage system, address the problem of perennial flooding and provide good connectivity of roads in the vicinity.

Adeyoye also noted that the construction and upgrade of Oduduwa Way, Oduduwa Crescent, Oba Dosunmu and Sobo Arobiodu Streets was conceived under Ikeja Model City Plan to recognise the change in density, the introduction of commercial and mix-development along certain road alignments, drive urban regeneration as well as a public infrastructure improvement programme that will accelerate socioeconomic development of the State.

Giving an insight into the projected completion date, the Special Adviser said, “Hopefully in another six months, it should be over. Oba Dosunmu has been completed. Oduduwa Way is nearing completion; in Oduduwa Crescent where we are now, as we can see, the progress is about 60 – 65%. If we work assiduously with the good weather l think in six months it should be done”.

Adeyoye, however, urged the residents association to take ownership of the project and guide the collective assets against misuse and abuse that could compromise the integrity of the pavement and overall riding surface.