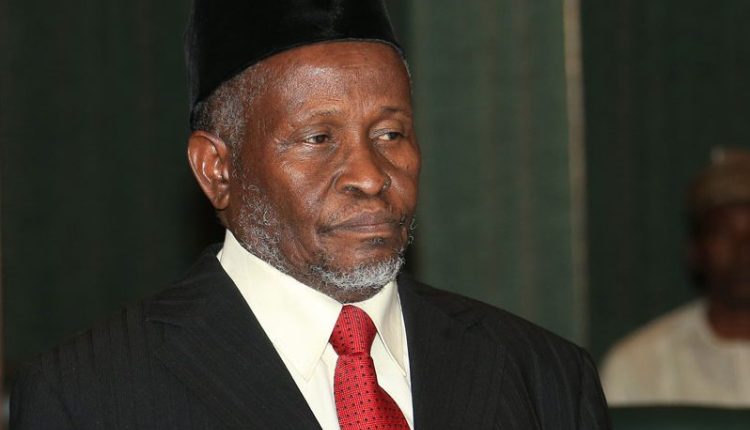 The Buhari Media Organisation (BMO) has asked the leadership of the People’s Democratic Party (PDP) to tender an unreserved apology to the Chief Justice of Nigeria, the Supreme Court and Nigerians over its behaviour on the outcome of the Imo State governorship election petition.

The pro-Buhari group also said that the 2.9 per cent economic growth projection by the Federal Government for the year 2020 was feasible despite the International Monetary Fund (IMF) and World Bank (WB) downward projections.

The pro Buhari group said allegations raised against the Jurists during their recent protest against the judgement of the Supreme Court declaring Senator Hope Uzodinma of the All Progressives Congress (APC) as the duly elected governor of the state, were puerile and childish.

Chairman and Secretary of the group, Niyi Akinsiju and Secretary, Cassidy Madueke described the PDP protest as an insult to Nigeria’s judiciary and showed the contempt PDP has for the nation’s institutions.

“Holding a protest to denounce the verdict of the Supreme Court, and further making unfounded allegations of wrongdoing against the Justices of the country’s apex court, is offensive to the country, and democratic principles which the country operates.

“The protests and comments made by the PDP were also outrightly reprehensible. For persons who had been privileged to enjoy the management of the nation’s affairs for 16 years – albeit in the worst manner – and its democratic institutions, the least expected from them is respect for these institutions.

“More surprising is that the so-called opposition figures demanded that the Supreme Court reverse itself, aside from demanding the resignation of Chief Justice Tanko Muhammed,” it added

BMO noted that PDP leaders acted like entitled spoilt brats who did not know how to react to losing, saying “PDP is led by cry-babies, spoilt with unpunished bad behaviour, hence their irresponsible and ridiculous protest against the Supreme Court. Whenever the party is awarded a victory by this same Supreme Court, PDP praises the Judiciary but whenever the same court delivers a judgment that does not favour the opposition, these people wail like spoilt brats.

“Only a few months ago, the same Supreme Court ruled against the All Progressives Congress (APC) and favoured PDP on Zamfara and Rivers States. The Apex Court was lauded and hailed by the PDP. Similarly, in the judgments of the court in the most recent election petition matters, the Supreme Court decided in favour of PDP in Bauchi, Sokoto, Adamawa and Benue States. To PDP, this is justice because it favoured them. That is the height of irresponsibility.

“To these spoilt brats, whenever the Supreme Court does not go its way, the court has no integrity, but when it does, it is indeed a court of justice. They lack shame. The PDP is simply afraid of the verdict the court would give in the coming days of judgments that are less likely going to favour it.”

BMO expressed hope that PDP leaders would act like responsible politicians and stop over-reacting when court rulings do not go their party’s way.

However, BMO said efforts by the Federal Government to improve the predictability of economic policies have been largely successful over the past few years and has shown that a lot has been happening on the economic front.

The group said “While respecting the international institutions on their projections, we want to make it clear that they cannot have access to our primary sources of information and data, no agencies or organisations can stay outside our territory and make conjectures from secondary data and information.

“The Federal Government had taken a global look at all indicators with the economic environment and it is better able to project the 2.9 percent for the year 2020, taking into account several policy deployments that lifted us out of recession. From -1.3 percent GDP we were able to move to 0.8 percent and 1.9 percent, moving by 1.1 percent growth within a space of one year and also from 1.9 percent to 2.3. This shows we are strongly moving”.

They argued that Nigeria has shown progress, saying “considering the current policy deployments by the Federal Government, our GDP growth rate would increase and improve our GDP to population growth ratio.

“Nigeria has seen a progressive increase in GDP since we exited recession, our economy has shown a capacity for growth. Growth might appear slow now, but the economy has shown capacity for continuous growth; from 0.8% in 2017 to 1.9% in 2018 and an average of 2.0 to 2.3 in 2019. We are sure that in the year 2020, with all the policies being set out by Federal Government, our GDP growth will be at 2.9 to 3%”.