Usman Alkali Baba’s appointment as acting Inspector-General of Police is timely and commendable.

His broad experience and acclaimed competence are assurances that he is fit for the job.

He is levelheaded and unassuming.

He displays significant managerial acumen, and he had performed brilliantly in his previous assignments in the Police Force.

Currently, crimes of all sorts have wracked the country: armed robbery, banditry, kidnapping, insurgency, and terrorism.

No part of the federation is insulated from the horror. The uncertainties are palpably worrying to both the powerful and the ordinary folks.

Luckily, the problems are surmountable, and only require a committed and incorruptible leadership in the Police Force.

Thankfully again, Baba’s appointment reflects such leadership. As an expert investigator, Baba has the crime-solving skills, which come in handy for resolving the insecurity challenges.

Given the strident calls for overhaul of the country’s security structure, Usman Alkali Baba’s appointment provides a relief. It is more so soother for those desiring an honest and single-minded personality occupies the position at this critical moment.

The foregoing must have spurred President Muhammadu Buhari’s choice of Usman Baba, whom he trusts to drive the administration’s goals to reform the police.

It was unsurprising then to see him defend his pick against group identity flag-wavers trumping the ethnic card.

Sadly, while ethnicization of presidential appointments is as old as Nigeria’s federative politics, no one has faulted the new IGP’s competence and enviable service records in the police force.

Prior to his new post, Baba was Deputy Inspector General in charge of the Criminal Investigation Department at the Police Headquarters.

He once served as Force Secretary, and at different times was AIG in Zones 4, 5 and 7 of the Police Force.

In addition, he was Commissioner of Police in Delta State and the Federal Capital Territory (FCT). Aside this, Baba holds a degree in Political Science and Master’s in Public Administration.

Based on his decades old experience, IGP Baba knows the infirmities cogging efficiency of the police-including poor remuneration, inadequate training, and equipment.

Ingrained in these complexities is the police force’s reputational deficit, occasioned by legion of human rights abuses.

But, the IGP is undaunted. He believes a change is possible, and he has expeditiously set up mechanism to achieve it.

This much he stated in his inaugural address: “The task of restoring the primacy of the Nigeria Police in the internal security architecture of the country is the main challenge ahead of us.

It is, however, a task that I am convinced we can surmount if we resolve as a people to partner and present a common front against the subversive and criminal elements who are the common enemies of our nation”.

Usman Alkali Baba added: “I am mindful of the yearnings of Nigerians for a policing system that will not only assure them of their safety but treat them with civility and hold their human rights sacred.

I promise to provide the highest possible level of professional and responsive leadership to meet this deserved aspiration.”

IGP Baba knows his performance must meet the prospects and desires of Nigerians clamouring reforms in the Police Force. He is determined to employ efficient methods that will deliver a professional, responsive, and anaccountable Police Force.

This then provides a basis for understanding IGP Baba’s renewed effort to strengthen civil-police relations.

Besides, he has unfurled a12-point agenda, one of which will make rights-abusing police officers answerable for their actions. The punishment is to deduct court awarded damages from the salary of an errant officer.

To ensure diligent prosecution, stop delays, and fight abuse, the IGP has promised to deploy lawyers to police divisions and commands. They are to help with investigation and prosecution of suspects.

Equally significant is the IGP’s pledge of bi-monthly auditing police cells, along with members of local branches of Nigerian Bar Association. The IGP, for his parts, said he would “provide the highest possible level of professional and responsive leadership to meet this deserved aspiration”.

Moreover, his first activity shortly after Vice President Yemi Osinbajo decorated him as the 21st IGP showed his zeal and preparedness for his new task. He had moved straight from Aso Presidential Villa to the office of Nigeria Police Trust Fund (NPTF).  Baba knows the Trust Fund is to police what water is to fish.Established in 2019 as a special intervention vehicle, the NPTF is to finance necessary expenditures of the police force. It is also NPTF’s duty to provide funds for police personnel training and welfare.Now that we have such a person in charge, it is compelling for the public to give the new leadership a chance. Nigerians need to trust and support him to deliver on his mandate; to secure the citizens and ensure stability of the country. It is also a time for national and sub-national governments to determinedly fund, equip, train, and properly remunerate police personnel.

The other good news is the personality leading the NPTF. Ahmed Aliyu, the immediate past deputy governor of Sokoto State, is the agency’s Executive Secretary. A seasoned accountant and administrator, Aliyu stands at a vantage position to understand and tackle the security quagmire in Nigeria. Aliyu himself was a sterling performer as Sokoto Deputy Governor. In his management team are seasoned technocrats, and, together, they have vowed to deliver a 21-st century police force. During his visit, the IGP reportedly requested the NPTF to, among other things, renovate police barracks and build additional ones across the country. Empathy is a salient quality of a good leader. Baba has it aplenty.“It is always good to have barracks to enable us to mobilise our workforce within the shortest possible time in emergency security situations,” Baba said to the NPTF management.

Aliyu, the NPTF Executive Secretary, could not agree more. He assured the IGP of the assurances and cooperation of the NPTF Board and management to do everything humanly possible to deliver the police Nigerians desire. The NPTF has declared to work for Nigerians despite not having its own office now. Besides, its proposed budgetary expenditure of N74billion is still hanging at the National Assembly. While the Aliyu-led NPTF and IGP’s determination to transform the police force is essential, the executive and legislature must join in.

Aside Aliyu, the NPTF also has as the Chairman of its board, Abba Suleiman. Experienced, thorough, and upright, Suleiman overseas a board composed of eminent Nigerians. With the triumvirate – Baba, Aliyu, and Suleiman, Nigeria’s police force is on the path of reclaiming its fading glories. 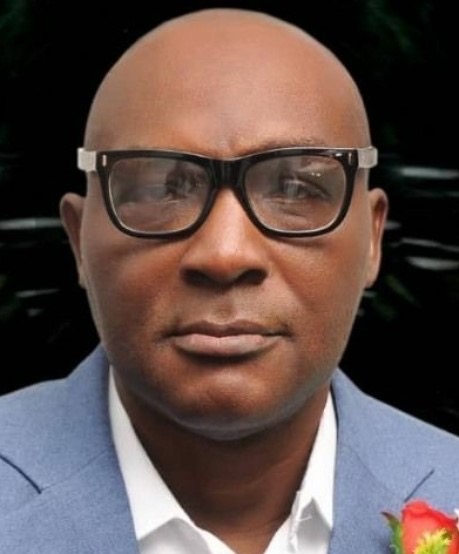