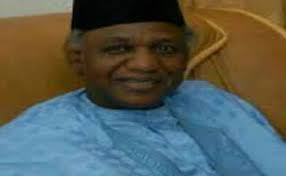 General Ibrahim Badamasi Babangida, former Military President, has described the death of former Governor of Gombe State, Alhaji Abubakar Habu Hashidu as a great loss not only to Gombe State but Nigeria in general.
The former Military President said: “Alh. Abubakar Habu Hashidu, has been a trusted ally and a technocrat per excellence that became an asset to my administration in the development of river basins as well as national water resources management in the country ” General Babangida, also described, late Hashimu as” political ideologists and a pragmatic politician that accepted the will of the people by conceding defeat in the 2003 election and congratulated the winner.”
The former Military President, extends his hearfelt condolences to the family of the deceased and to the Government and people of Gombe State.
Related Topics:
Up Next