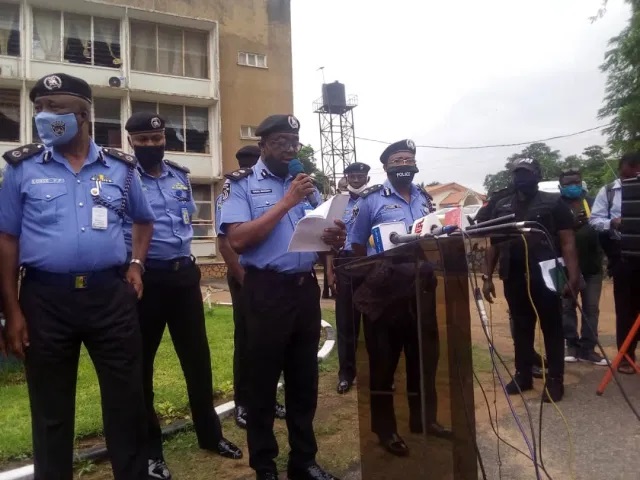 A teenager, Adewale Abiodun, and a 24-year-old Aliu Mubarak, have confessed to carting away heads of two policemen that were burnt at Abayomi Area of Iwo Road, Ibadan, during the #EndSARS protest and sold to an herbalist for a thousand naira.

The duo made the confession at Police Headquarters, Eleyele during parade of some arrested persons.

The 17-year-old Abiodun said he found the burnt heads of the officers on the floor and decided to sell them to an herbalist.

He lamented that he had only collected 500 naira from the herbalist before the arrest.

The 44-year-old herbalist, Oladiipo Fakorede who admitted to the crime said he bought the heads for ritual purposes.

The Commissioner of Police, Oyo State Command, Mr Nwachukwu Enwonwu, also paraded kidnappers and some hoodlums that stole from Iseyin Police Station during the #EndSARS protest.

Mr Enwonwu further enjoined members of the public to report anyone with questionable character to the police.