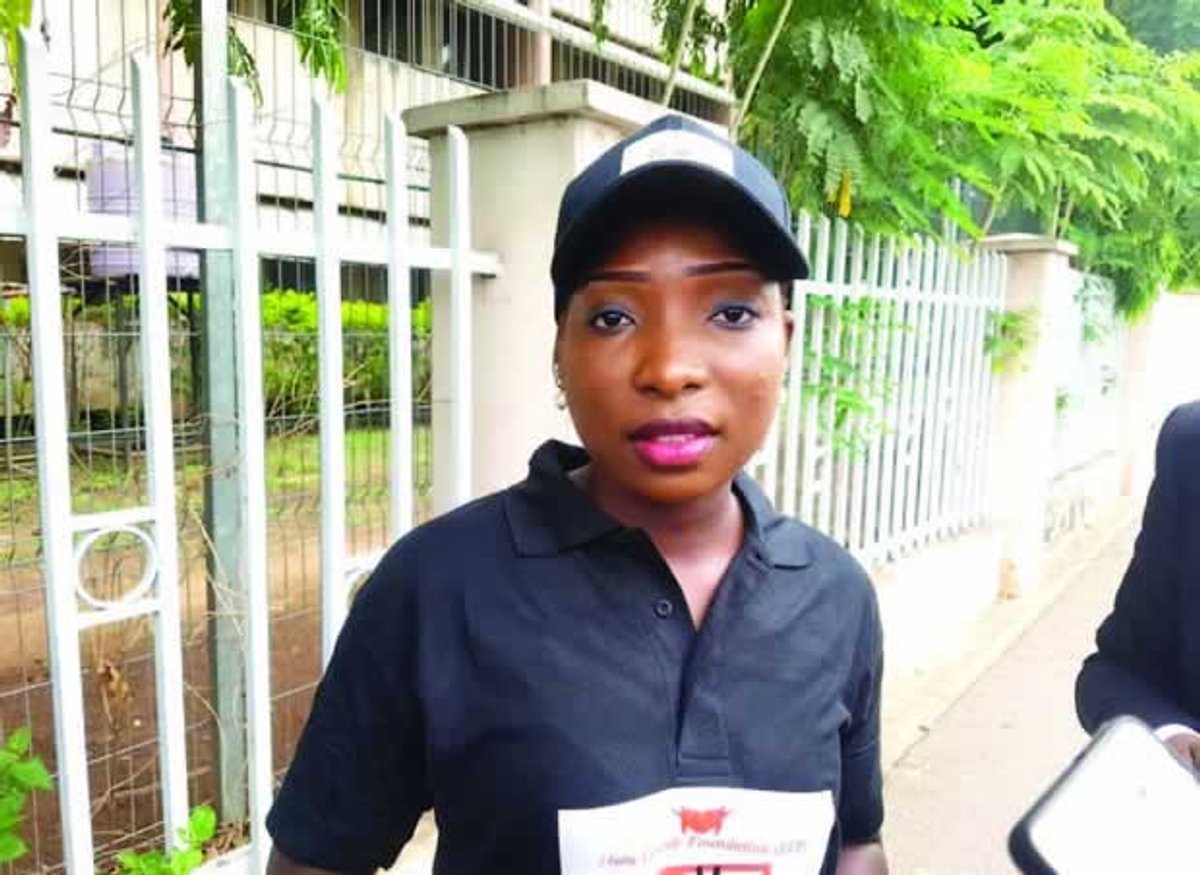 A human trafficking victim, Oyinlola Solanke, who was rescued by the Erelu Eyinade Foundation, has narrated how she frustrated the plans by her employer to sexually assault her while working as a maid in Oman.

The graduate of Obafemi Awolowo University explained that she slept in a bathroom for weeks to avoid being raped by her Omani boss who she said was always demanding sex from her.

The 25-year-old stated that her employer forbade her from locking her room, adding that she could only lock the bathroom door, hence her decision to sleep there because she felt safer after bolting the door.

The victim narrated her experience in Oman where she worked as a maid for a family for 10 months during a walk against girl trafficking and child labour organised by Erelu Eyinade Foundation in Abuja on Thursday.

Solanke said she was lured to the Arab nation by her in-law who convinced her that she could earn N150,000 as a maid.

“As I speak, there are still some girls at the airport waiting to board a flight to Oman. There is no greener pasture there. The ladies who are claiming to have houses over there are agents who are making money.

“Before I left Nigeria, I was having some personal issues and I just wanted to be away from everybody. I didn’t have a job, and I felt I could work as a maid since there was someone I trusted over there who was giving me the impression that everything was fine. So I went there.”

The graduate explained that she had to lie that her father was dead in order to leave the country, adding that she got her friends to condole with her on WhatsApp about the purported demise of her parent.

She narrated, “The experience I had in Oman wasn’t a good one. I was told that I would earn about N150,000 which, compared to what I was earning here, was better. There were a lot of things they didn’t tell me would happen.

“When I got there, my passport was taken from me and I was not allowed to go out on my own. I spent 10 months there and it was just modern day slavery. I had to put on an act before they permitted me to return to Nigeria; I had to lie that my dad was dead.

“I asked some of my friends to chat with me on WhatsApp that my dad was dead. So, I had to lie that I would return to Oman in two weeks. I didn’t come back with most of my things. I still remember when I got there, I told my employer to get a resident card for me; but it wasn’t done,” she explained.

Solanke cautioned young Nigerians against falling for the promise of a better life in foreign countries by traffickers, adding that foreigners were treated shabbily and only allowed to do menial jobs.

She said, “As a Nigerian, as a black person, you can’t get a good job there. When I was leaving Oman, I saw a lady who spent just six days and wanted to leave because she couldn’t bear the treatment. She wasn’t sexually abused, but she was over-worked, having to wake up at 4 or 5 am and working till 1am of the next day.

“Sometimes when my boss came to my room, he was always trying to forcefully have sex with me, but I refused physically fit. I trained in Taekwando when I was in school and that was one thing that helped me. My boss was a short and fat man, so I used to tell him, ‘If you really want to have sex with me by force, you need to go back to the gym.’”

The founder of the foundation, Ms. Toyin Mark, in her remarks emphasised that the walk was meant to sensitise Nigerians to the evils of human trafficking, adding that her foundation was collaborating with the National Agency for the Prohibition of Trafficking in Persons to enlighten the public about the menace of woman trafficking and child labour.

Banker lands in EFCC net over N74million fraud in Abuja