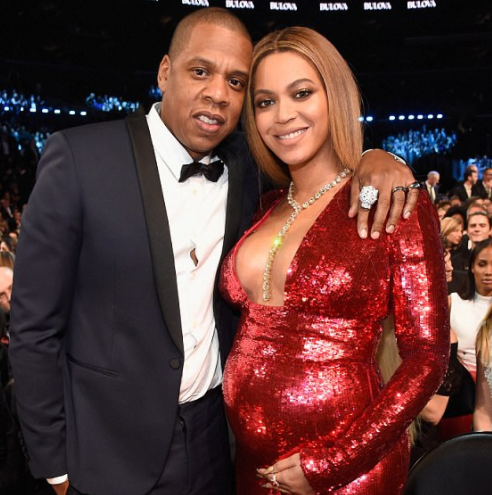 Beyonce first hinted in her Lemonade album that Jay Z cheated on her. Then Jay Z kind of confirmed it on his latest album 4:44.

The Grammy winner has never come out and said outright that he was unfaithful to Beyonce until he sat down with Dean Baquet from The New York Times on Wednesday for a very revealing chat. During the chat, he admitted that he had been unfaithful to his wife of nine years. He also said that therapy is what kept them from getting divorced.

The father-of-three said he has some scars from his past and it was those scars that led him to push away Beyonce. And that led to the cheating that she addressed in Lemonade.

He revealed that he and Beyonce were planning to do a joint album which will serve as a form of therapy but her Lemonade album came out before the joint album they were working on.

He said: “We were using our art almost like a therapy session. And we started making music together. And then the music she was making at that time was further along. So, her album came out as opposed to the joint album that we were working on.”

He added: “We still have a lot of that music. And this is what it became. There was never a point where it was like, ‘I’m making this album.’ I was right there the entire time.”

The admitted that the music that came out of their experience made them “very, very uncomfortable.”

Jay told the NYT: “But the best place in the hurricane is in the middle of it. The best place is right in the middle of the pain. And that’s where we were sitting. And it was uncomfortable. And we had a lot of conversations. [I was] really proud of the music she made, and she was really proud of the art I released. And, you know, at the end of the day we really have a healthy respect for one another’s craft. I think she’s amazing.”

Jay Z even hinted that they could have divorced.

He said: “You know, most people walk away, and, like, divorce rate is like 50 percent or something ’cause most people can’t see themselves. The hardest thing is seeing pain on someone’s face that you caused, and then have to deal with yourself.

He has never named the woman he cheated with, though Beyonce has called her “Becky with the good hair.” Jay Z also touched on his difficult friendship with Kanye West but went out of his way to insist he will always love him and that they will laugh at these spats when they’re 89.

He said: “I [talked to] Kanye the other day, just to tell him, like, he’s my brother. I love Kanye. I do. It’s a complicated relationship with us.”

He added: “Kanye came into this business on my label. So I’ve always been like his big brother. And we’re both entertainers. It’s always been like a little underlying competition with your big brother. And we both love and respect each other’s art, too. So it’s like, we both – everyone wants to be the greatest in the world. You know what I’m saying? And then there’s like a lot of other factors that play in it. But it’s gonna, we gonna always be good.

“In the long relationship, you know, hopefully when we’re 89 we look at this six months or whatever time and we laugh at that. There’s gonna be complications in the relationship that we have to get through. And the only way to get through that is we sit down and have a dialogue and say, ‘These are the things that I’m uncomfortable with. These are the things that are unacceptable to me. This is what I feel.’ I’m sure he feels that I’ve done things to him as well. I’m not a perfect human being by no stretch.”

Jay also has theories on why Kanye gets into trouble so often.

“[West is] a very compassionate person. And a lot of times he get in trouble trying to help others,” Jay Z said. “So, I can identify with it. It’s just that there’s certain things that happened that’s not really acceptable to me. … And we just need to speak about it. But there’s genuine love there.”