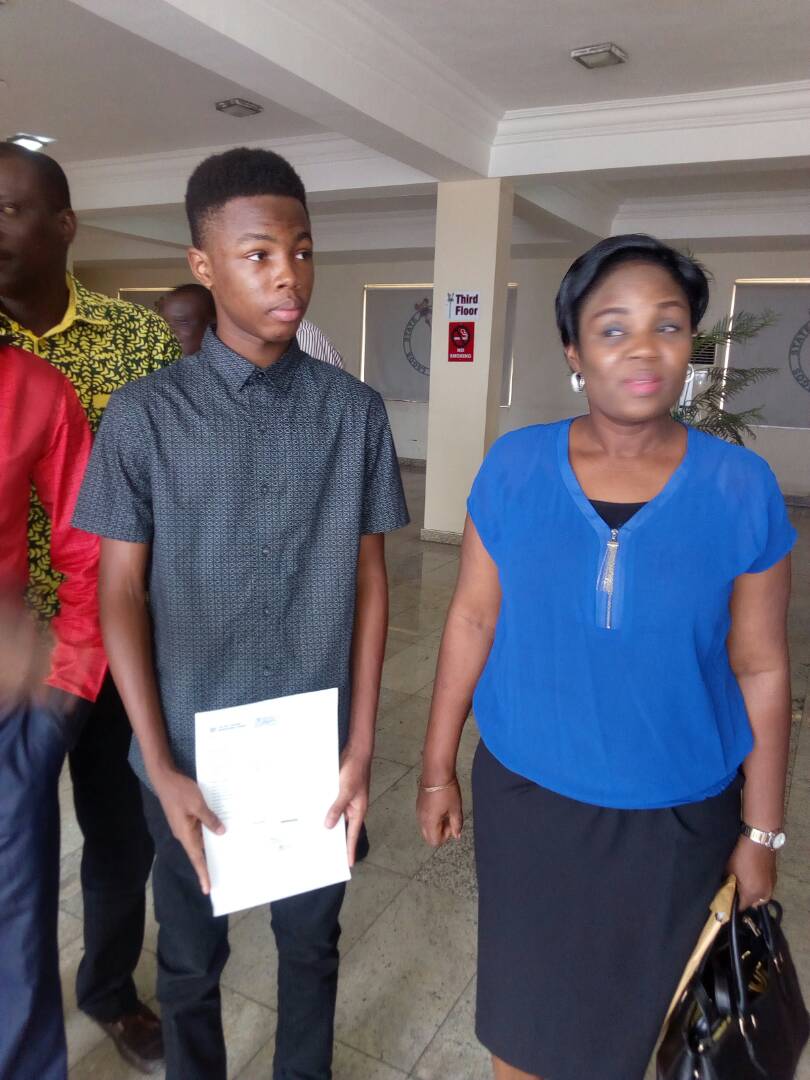 We thank God he was able to achieve this, parents should help their children to be the best in whatever they do. When Joseph was a child, he was always serious with his books. Prior to when he started his kindergarten, he would hold his crayon and eraser and once he wakes up, he would ask for his materials.

That was even when he was as young as a year old. He has always been the best in school since his days at Unique Children School, Omole Estate, Lagos. Right from his days in kindergarten to primary school he was always the best graduating student. He started to be the best again from year seven at Unique Heights, which is the secondary school, till he graduated. So, when the Senior Secondary School Certificate Examination (SSCE) came out, it was not a surprise because we had been expecting him to be the best. He represented the school in many events, where he won many medals, but all the same, all glory goes to God.
Is the performance hereditary?
I would say it is hereditary because my father in law, the late Dr. Joseph Lambo was the best in his field as a medical doctor. My son was named after him. Also, my husband was the best graduating student in his time in the University of Lagos. My other children are like that too.
Related Topics:
Up Next