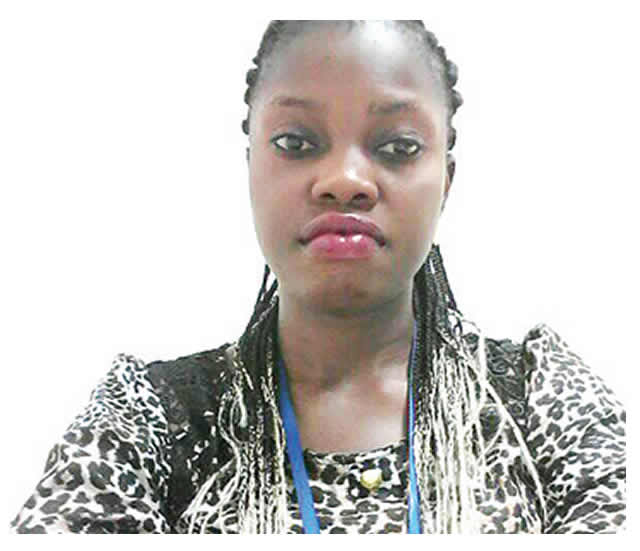 Mr. Umukoro Akpobaro, the husband of late bank worker, Peace, who allegedly committed suicide at their home at Iwhrekpokpor, Ughelli, Delta State, has denied having a hand in her death.

This is just as the deceased’s family accused Umukoro of masterminding the death of their daughter, saying he had always threatened to kill her.

It was reported that Peace, who worked with a new generation bank in Ughelli, allegedly took her own life over her husband’s alleged infidelity.

The 32-year-old mother of two was reported to have died after allegedly taking insecticide when she returned home from work.

But Umukoro, who spoke to our correspondent on the telephone, said the allegations against him were unfounded, adding that he was in good terms with the deceased before she died.

He said the late Peace had complained of some debts she incurred after “overposting” funds to some customers.

“One happened in January and the amount was about N100,000. She called me and asked for my help and I sent N50,000 to her. I told her that I would send the balance when another one happened in February. She complained that she was getting tired of the debts,” he added.

Umukoro, a journalist with a broadcast station, claimed that his wife sent him a message on a social media application, Whatsapp, asking him to take care of their children, a few hours to her death.

Peace (12:43pm-2:21pm): Nothing. I need the money to clear my debts. I’ll pay back please, every 24th. I don’t have anyone to ask. Please assist me. I don’t have peace. I’m just managing to keep myself together. You didn’t answer me? The problems I’m facing are too much. Please take note. I didn’t commit adultery. Ancestors didn’t kill me. I’m tired of life. Challenges of life won me. Hence I’m killing myself. Please give me a befitting burial. The gate and door are open. I died as your wife. Bury me well and take care of my kids. Bye.

Umukoro said he went online one hour after his late wife sent her last message, adding that he became alarmed and called her telephone number, which rang out.

He said he immediately called neighbours who discovered that she had taken Sniper and rushed her to a hospital, adding that she died on the way.

The journalist sent a voice note of a conversation he had with Peace and their children a day to the incident in which they spoke cheerfully.

“That was how we always talked in the evening when she returned from work. I spoke with her and the children. The claim that I called her on the day she died and asked her to come home is not true. Her phone is with the police and we are asking them to check her call records in the last 30 days,” he added.

But the family on Monday, said they believed that the husband was responsible for the death of the first class graduate of Accounting of the Delta State University Abraka.

An elder brother of the deceased, Maxwell Johnmark, alleged that Umukoro had once threatened to kill Peace.

He added that the two children left behind by the deceased were witnesses.

He said, “The marriage is about 10 years now. When they gave birth to their second child four years ago and the wife was discharged from the hospital on the third day, he practically drove her out of the house.

“She called my father to come to take her to our family compound. On getting there, my father saw her sitting outside with the newborn baby, who was crying. He felt intimidated because his wife was a first class graduate.”

He alleged that on the day the deceased allegedly took Sniper, Umukoro had asked her to come home from work because he wanted to see her.

He added that Peace took permission from her superior with a promise to return in a few minutes, but she never did.

Johnmark noted that five days after his sister died, the husband did not visit the family to formally report the incident.

The state Police Public Relations Officer, Andrew Aniamaka, said the matter was being investigated to unravel whether it was a case of homicide or suicide.

He said, “The case will be transferred to the State Criminal Investigation and Intelligence Department. Investigation will reveal whether it was suicide or homicide and the result will be communicated to the public. The outcome of our investigation will determine if we are going to arrest anyone connected with the matter.”

Buhari: Why we are not making noise about efforts to release Leah Sharibu