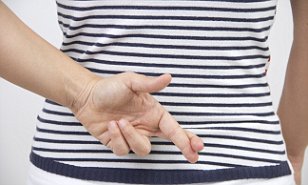 If the research is true then we are surrounded by liars, with 60 per cent of people being unable to last ten minutes without telling a porky pie.

Whether these are innocent white lies (sorry I was late – the traffic was horrendous) or momentously earth-shattering untruths (no, he’s not your son), being deceived is never pleasant.

But, according to Noah Zandan, author of TED-Ed lesson The Language Of Lying, you can work out whether you’re being lied to without having to resort to a Jeremy Kyle-style polygraph test, in just four simple steps.

We tell 10-200 lies a day,’ Noah said, talking about his lesson for the youth and education initiative. ‘We lie partly to paint a better picture of ourselves, connecting our fantasies to the person we wish we were rather than the person we are.’

‘Stories based on imaginative experiences are qualitatively different from those based on real experiences.

This suggests that creating a false story about a personal topic takes work and results in a different pattern of language use.

‘A technology known as linguistic text analysis has helped to identify four such common patterns in this subconscious language of deception.’ 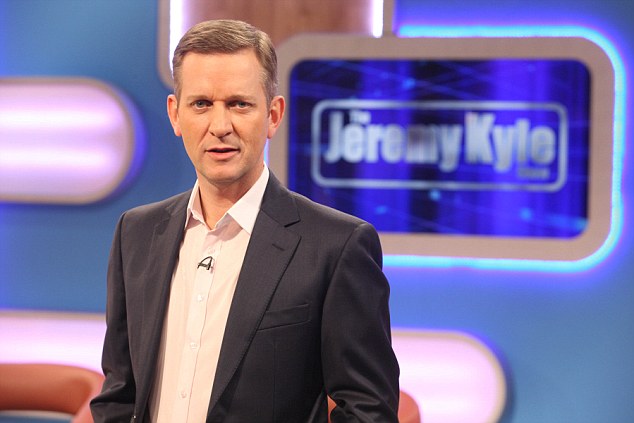 According to Noah Zandan, author of TED-ED lesson The Language of Lying, you can work out whether you’re being lied to without having to resort to a Jeremy Kyle-style polygraph test, in just four simple steps

According to Noah, the four ways to spot a liar are as follows:

Liars refer to themselves less

Liars are more likely to distance themselves when making deceptive statements, often referring to themselves in the third person.

For example, they are more likely to say ‘the car wasn’t driven by anyone’ than ‘I didn’t drive the car’.

On a subconscious level, liars feel guilty about lying, so their language tends to be more negative.

For example, they might say ‘I didn’t cheat on that stupid test’ or ‘the traffic was awful – I hate my commute’.

As liars are making things up, they tend to simplify their stories. Watch out for over-simplified explanations.

NIGERIAN BANKS AND THE DUBAI ANALYSTS: STEMMING THE EXTERNAL AGGRESSORS

RELIGION, POWER PLAY, INTRIGUES AND CORRUPTION; REASONS FOR THE CRISIS AND CHAOS IN KOGI STATE APC