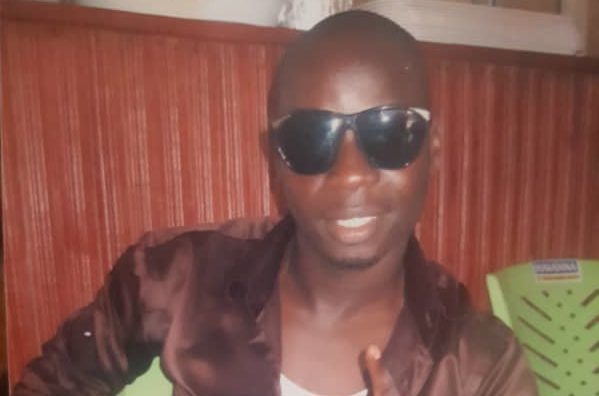 The last time Oluwaseyi Adesuyi was seen alive in public was on July 5, 2013, when he was paraded as a suspect before journalists in connection with a high-profile kidnapping.

Since then, like a mirage at dusk, he has completely disappeared without a trace.

The police, which arrested and paraded him, are unable to say what happened to him. They cannot produce any record of his arrest. He did not escape from police custody. There is also no evidence he was charged to court. Nobody knows his whereabouts.

His family has searched for him at every police formation that mattered in Lagos, Ondo, and Abuja but has come out with absolutely no information about what happened to him.

Oluwaseyi, a dropout from the Adeniran Ogunsanya College of Education, traded in used mobile phones and laptops at Alaba International Market, Lagos. On June 2013, as he was driving around the Okokomaiko area of Lagos, he was accosted by men of the controversial Special Anti-Robbery Squad unit of the police, who arrested him and impounded his Nissan Pathfinder SUV.

The police claimed he had bought a laptop stolen from Kehinde Bamigbetan, then chairman of the Ejigbo Local Development Council (he is the current Lagos State Commissioner for Information) who was kidnapped two months earlier.

Mr Bamigbetan was released a week later by his abductors after paying an undisclosed amount as ransom.

For three days, Mr Adesuyi did not return home. Nobody knew his whereabouts. His mobile phone was switched off. Worried at his sudden disappearance, one of his friends called his parents, who live in Akure, some 310 kilometres north of Lagos, to ask if they had seen him.

His parents had not seen him in months before then. They were terrified. But as deeply devout Christians. they prayed and hoped that something terrible had not happened to him. They checked with his siblings who were in Lagos at the time, but no one had a clue of his whereabouts.

The Adesuyis searched for Oluwaseyi at police stations and other places they thought he might be for several days without success.

“It is better for one’s child to die than be missing,” Elizabeth Adesuyi, Oluwaseyi’s mother, said. Despite the unsuccessful search, she was relentless. She prayed and fasted. Some days later, her prayers were answered.

Someone suggested they should check at the SARS office at Ikeja. They did and found his name on a register of arrested suspects. But at that point, their luck ran out of steam.

“We asked to see him. We wanted to know what happened, nobody spoke to us. We were going there every day, but nobody spoke with us. But since they said he was with them, we knew that he was alive,” Mrs Adesuyi said.

The family said the Investigating Police Officer (IPO) handling Oluwaseyi’s case was identified by an alias: Jamaica, which most of his colleagues called him. Members of SARS hardly wear the conventional police uniform. They are mostly dressed in mufti or branded SARS T-shirts and vests without name tags.

“They said this person you are looking for is an armed robber. Just for us to see him, they said no way. Till today we’ve never seen him,” she said.

Swindled by a police officer

Several weeks after the family’s repeated visits to SARS office without being allowed to see Oluwaseyi, Mrs Adesuyi received a call from a man who said he was detained in the same cell as Oluwaseyi but for a different offence. The man told Mrs Adesuyi that as he was being released from detention, Oluwaseyi had begged him to call his family. He also instructed them to speak with one of the officers at SARS office, who he believed will help secure his release from detention.

She said the policeman who did not identify himself, demanded a bribe of N200,000.00, to help them secure the release of their son. They said because they were desperate to see Oluwaseyi they paid. But after paying, the policeman tried to squeeze them for more money. When they could not afford the money, he stopped answering their calls and started giving them the runaround. Eventually, his number became unavailable. They later learned that the policeman had retired.

A mother’s cry for help

As her tired voice cracks with emotion over the phone, Mrs Adesuyi reminisced about her son, wondering what has become of him. She said of all her children, Oluwaseyi was most easy going but added that he has always tried to make something out of his life.

“He is gentle. He doesn’t fight. He is my third son. He was attending Adeniran Ogunsanya, but little time he said no mommy, he was no longer going. That was how he got himself involved in buying and selling. Both me and his daddy we had no interest in it. We didn’t like that he was even selling things at Alaba. But he said they get things from China they bring it in and they buy from them,” she said.

She said they just want to behold her son again.

“God says he is not dead, and I believe him. What we want if for us to trace him to any prison yard so that I will go and see him. That is all I want,” she said.

We have no records of arrested suspects – SARS

When this reporter visited the SARS office at Ikeja, where Oluwaseyi was last seen, for information about his whereabouts, he was told there was no way of knowing.

The head of SARS in Lagos, Peter Gana, a chief superintendent of police, said he only resumed this July and that he was the fifth head of the unit since 2013.

“I cannot help you because you don’t have the name of the officers in charge of the case at the time,” he said.

When asked to check the unit’s record since the name of the suspect was known, Mr Gana said the unit did not keep proper records of arrests.

“Proper records of arrest are not kept. If I take you to were statements are kept you will see that everything is placed on the floor and on top each other. Some of them are even soaked with water. The incident happened five years ago. Even if we see the file, I am sure it would be unreadable; water would have made the ink unreadable,” he said.

Mr Gana explained that he makes copies of cases he is directly involved in and takes them to his house because of the poor storage facility at the SARS office. He further explained how the unit could not find the record of a case that was investigated in February 2018 before he resumed.

Mr Gana, however, suggested that this reporter should reach out to the head of SARS in the state in 2013, Abba Kyari, for information about Oluwaseyi’s whereabouts.

When reached for comments, Abba Kyra, who is now in charge of the Inspector-General of Police Intelligence Response Team, said he cannot remember the case in question.

“Wallahi I can’t remember anything. It’s a long time. Why didn’t they look for him (a) long time ago until now?” he asked in an SMS.

When told the efforts the Adesuyis put to see Oluwaseyi, he did not reply.

SARS was set up as a unit of the police to combat some of the most violent crimes in the country. However, the unit has endeared to itself a notoriety that is hard to shake-off due to the highhandedness of its officers. SARS operatives have been accused of harassment, extortion, torture and serial extrajudicial killings and other human right abuses.

Last August, Vice President Yemi Osinbajo was virtually forced to order an overhaul of the unit’s operations following weeks of social media-driven protest, tagged #EndSARS, calling on the government to scrap the units.

Segun Awosika, an activist who played a leading role in the #EndSARS campaign, said that the disappearance of Oluwaseyi highlights the problem with the criminal justice system in Nigeria.

“This just proves how dangerous the path is to having proper policing in a country such as Nigeria. A country with so much population and so much risk in terms of policing to the extent that people disappear at will and nobody cares. You cannot even time documents, you can’t even trace anything and get to an accountable process of identifying what could have probably happened to anybody. This puts everybody in danger.

“If a guy was picked on the streets or under the bridge today for doing nothing, just for roaming; he can be mixed-up with hardened criminals and killed within 24 hours and nobody will be able to trace him because there is no paperwork.

“So, the criminal justice system by itself is dangerously rigged to the point where nobody is safe,” he said.

He said the best way to solve the problem is a sincere reform of the police that includes a custody management system that will ensure that people arrested by the police do not disappear without a trace.

“The reform that we are looking at must be holistic to the point where we have what they called custody management system where nobody would be detained without a proper record that anybody can trace from anywhere and that is the future for policing in Nigeria,” he said.