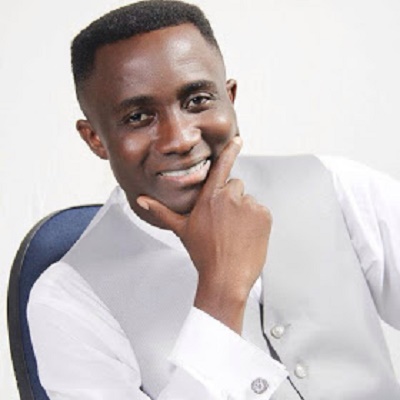 After a long silence, founder of the Fresh Oil Ministry, Apostle Psalm Okpe has opened up on the circumstances that led to the death of a female gospel singer, Yvonne Omoarebokhae in his hotel room.
Omoarebokhae died in a hotel room occupied by the preacher in Benin, Edo State on April 8, 2016.

Okpe, who was detained for weeks, was accused by the husband of poisoning her wife.
However, freedom came for the outspoken preacher when the autopsy revealed that the lady died of heart failure.

He shared his traumatic experience with Daily Sun thus.

“It so happened that rumours were flying about and people have not taken time to ask for my own side of the story. So, I want to use this opportunity to address the issue.

“On March 18, 2016 at about 7am, I got a message inbox in my Facebook because of the previous posts I made regarding the crusades I wanted to take to all the universities. So, a lot of musicians across the country were sending inboxes; they wanted to join me to minister at the conferences. Of course, those who follow me on Facebook know that I give a lot of young people platform to excel; I have exposed a lot of musicians around the world. And in this country, I have taken a lot of pastors around the world.
“So, on March 18, this year, this lady, Yvonne, sent me a message, saying she wanted to join the conference. I asked her if we had met before and she no, but that she was one of my fans on Facebook. I asked her where she was based and she said Benin. I told her I was in Benin few weeks earlier and she said that anytime I come to Benin I should let her know so she can join the conference. I told her I was coming to Sapele for a conference and when I eventually came, she offered to pick me from the airport. So, she came with a taxi driver and she was even the person who took me to the hotel where I paid. We moved straight away to Sapele. Sapele conference was in the morning. Having come back from the Sapele conference, everybody parted ways.”

“The following morning, on April 8, she came at about 7am to pick me to buy some things and pick up my luggage. We came back to the hotel with the heavy bags and some people helped to carry the bags into my room. Then a friend called me and said that he wanted to see me because he had just finished his church cathedral. He wanted me to witness what God had done and in excitement, I told her that I wanted to introduce her to my friend so that she could minister in his church the following Sunday. But she said that she wanted to go home and, perhaps, bring food for me in the evening. I rejected her offer, telling her that I would eat in the hotel in the afternoon. She said that she wanted to charge her phone for a few minutes because her battery was going down. Finally, I left and I told her to drop the key at the reception when leaving.”

“I came back after five hours and asked the receptionist for my key. The receptionist looked for the key but couldn’t find it. They asked if I left anybody in the room and I told them that the person I left there should have gone. I went up and knocked on the door but there was no response. I came back to the reception and a waiter went up with me. We opened the door and saw a lady neatly dressed and lying down on the bed. I never slept on that bed that day. If it were to be in America where they do finger prints and all that, I think I wouldn’t have passed through this storm the way it happened.

“Coming in, I was on the phone on a very long international call that lasted for about 55 minutes because they were planning for a conference in Louisiana, USA. So, the pastor was talking to me regarding how to send my tickets among other things. Eventually, I started looking into her eyes because I was expecting that with the way I was talking on top of my voice, she would have some movement or something like that but there was no such. So, I was the one that went to her, shook her leg and hit her hand but she did not respond. So, I raised the alarm; I called the hotel management and they called the police. We called the ambulance and the police and I took her to the hospital. When we got there, the doctor pronounced her dead.

“It was a very traumatic moment for me. One, she was a total stranger I never met anywhere. We were just trying to build father-daughter relationship spiritually. Unfortunately, that was what happened. We took her to the mortuary; it was very traumatic. I really felt so bad; it was like my whole world was collapsing. We couldn’t open her phone because it was pass-worded; nobody could call with it. I suggested to the police officers to remove the sim card and one of them put it inside his phone and later called one honourable that linked us to the husband. As at that time, I was already in detention.

“One of the best pathology in Nigeria did the autopsy. I was not at the scene; my younger brother represented the family. At the end of the day, they found out that the woman died of heart failure. It was also shown that she had no poison in her body. After their investigation, the commissioner of police called both of us. For the first time, I got convinced that the police are really working because they stood on the ground of justice and it was vividly clear. I want to use this opportunity to thank the Nigeria Police; I am really proud of them. I did not meet the commissioner of police until the day both families were called together and given the news about the cause of death. The documents are with the family of the deceased.

“I am deeply sorry for the death of this young lady; it was never meant to be. I am so shocked that she died. She could have died anywhere. What if she had died in her house? What if I was the one that slumped and died in the hotel when she came to visit me?

“I am so sure in my conscience as a preacher who will stand before God that I am fully innocent of her death. I have no hand in it; I have never killed a chicken before, not to talk about a human being. They have the right to bring their own doctor and conduct any test they like. She was a daughter, a friend; somebody that I wished well. If she had died somewhere else and they called me for assistance, I would have sponsored the burial if I were not even connected to her in anywhere. It is unfortunate that people went around stating that I poisoned her or killed her to do ritual. I have never been to any shrine in my life. My father was a pastor; I grew up in a very strict ministry background. I have been preaching since when I was 15; this is my 26 years of preaching. I am too exposed to go into diabolical things.”