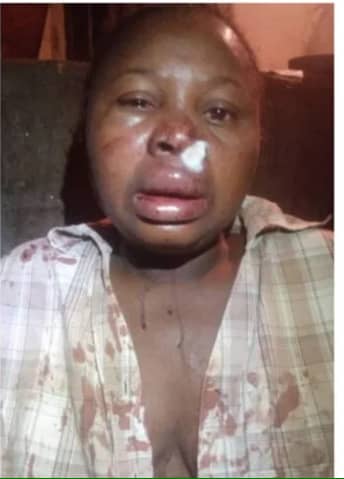 On April 7, 2021, somewhere in New Nyanya, Nasarawa State, Nigeria, 41 year old Blessing Emmanuel Ugele (nee Orok), lost the battle of trust. She died from the complications of physical Domestic Violence in the hands of the man she trusted with all her heart.

The Violence did not just begin, she had kept it all to herself for over 7 years, when she was 7 months pregnant, Emmanuel gave her severe beating in her family compound, her family witnessed it all, that explained their objection to that liaison, she ignored them and returned to the man. The violence continued but it escalated during COVID-19 lockdown when Blessing, who was the breadwinner of the family spent more time at home with the husband Emmanuel, and like a pregnancy which cannot be hidden for long, the whole neighborhood was in the know of her being domestically violated, phone seized, beaten severally but she lived in denial until the last beating. She had just returned from a Caesarian Section for her third child, three weeks into it, her husband demanded sex, her refusal earned her one of the worst beatings she ever got with her husband using sticks and planks to beat her. Blessing bled for 1 month, 2 weeks and 2 days before she lost the battle, death came.

In Akwa Ibom State, Nigeria, 45 year old Ini Sambo, mother one 1, who lives in a remote village of Afia Nsit 1 in Uyo Local Government Area of Akwa Ibom State is another victim of Domestic Violence. With a little education and having married for over 15 years, her siblings complained that she was being violated long before they married, again, family members objected to the marriage but Ini went in headlong, stuck as she choose, COVID-19 came, Lockdown closed in, menial job that her husband does were scarce, violence escalated, last call she made for help, her two eyes were closed from beatings all because the husband wants a male child.

Ini, like most African women who wants to save their marriages while praying for husbands to accept them the way they are (As if having male children were her fault).

Ini says COVID-19 is non existence in Africa and Nigeria to be precise. She has no access to information on and solely relies on information from market square and little gatherings in villages. To Ini, she will never take COVID-19 vaccines, “Since the disease is not in Nigeria, the vaccines is a decoy so that when I take it, another horrible disease might spring up in my body”. When asked if she has heard that 332,000 people have died from COVID-19 in India so far, she responded by saying “That is India, not Nigeria, it can’t happen here, COVID is not real”

In Eket Local Government Area of Akwa Ibom State, Mfon got married at 23, with 3 kids now she is a domestic survivor having survived several beatings from husband, she walked out. Her case is not having children, in fact she has 3 kids, two of which are boys, her own case is religion, the husband says she chooses her religion over him, Mfon is almost losing hearing and seeing in the left eye and ear because of severe hitting she has received from husband. Even with her education as a university graduate she stayed for a long period before deciding to leave to live.

Godswill lives in Jikwoyi, Karu Local government area of the Federal Capital Territory of Abuja, Nigeria, with her husband and 3 sons. Her ever suspecting husband suspects everything she does including responding to calls, according to findings, she is hiding something otherwise, “Why would someone be having passwords in all her online transactions she is making”? This led to one of the many crisis in their marriage, apart from severe and constant beatings, he smashed her phone and warned her not to get another one, how would she even get another when her husband won’t let her work?.

Her husband would only buy when he is ready, for now, since the beginning of 2019, she has no phone let alone, gain access to information especially on COVID–19. Godswill says she relies on secondary information on COVID-19 as has no access to it, they hardly discuss it at home as she is in constant quarrel with her husband, in fact, she fears for her life and has even called human rights to intervene as she wants to walk away from the marriage. Godswill says local television news is not helping her either as she hardly watches it.

According to Journal of Health Management, “The COVID-19 pandemic and subsequent lockdown to mitigate the spread of the pandemic has led to social isolation, reduced social support system and increased cases of domestic violence against women”.

“The United Nations and other international and national agencies speculate further increase in it and have suggested governments to take appropriate action to safeguard the health and human rights of women”.

Also, Portuguese Journal for Public health noted that “An online survey was conducted in Portugal between April and October 2020 by NOVA National School of Public Health, Data were collected on the experience of domestic violence, and help seeking during the pandemic. In a total of 1,062 respondents, 146 (13.7%) reported having suffered domestic violence during the pandemic, including psychological (13.0%, n = 138), sexual (1.0%, n = 11), and physical (0.9%, n = 10) abuse”.

At a four-day media dialogue with journalists on ethical reporting and advocacy to Eliminate Violence Against Women And Girls organised by Spotlight Initiative Nigeria, Federal Ministry of Information and Culture in partnership with the United Nations Children’s Fund (UNICEF), it was revealed that 36% of married women in Nigeria have suffered spousal violence.

In “Network Against Domestic Violence Foundation” a group birthed last year during COVID-19 Lockdown, it was formed because Domestic Violence issues skyrocketed during that period, it was so bad that hospitals had more domestic violence cases than other cases.

Between February 2019 and now, Network Against Domestic Violence Foundation has intervened 81 cases of Domestic Violence with one fatal case, the case of Blessing Emmanuel Ugele mentioned above. It has reached out to people especially in hard to reach areas, these areas are sometimes not accessible by cars except motorcycles, the victims like the women mentioned above have no access to COVID-19 information, several of them like Ini, think it doesn’t exist while some say even if it does, God will not allow it happen in Nigeria. Some believe that their pastors can cure whatever disease. They would rather convene in local Churches when they are sick than isolate just in case it turns out to ne COVID-19.

These people require loads of reorientation especially with a disinformation that came from Melinda Gates speech about “seeing dead bodies” on the streets of Africa. Melinda was actually complaining about the lack of quality healthcare systems in Africa but it was misconstrued to mean that the Gates foundation which is responsible for majority of vaccines in Africa, is about to use vaccines in the name of COVID-19, to kill Africans.

Orientation and Reorientation is needed especially in hard to reach areas just so some Nigerians can brace up and embrace COVID-19 issues and learn how to tackle it. 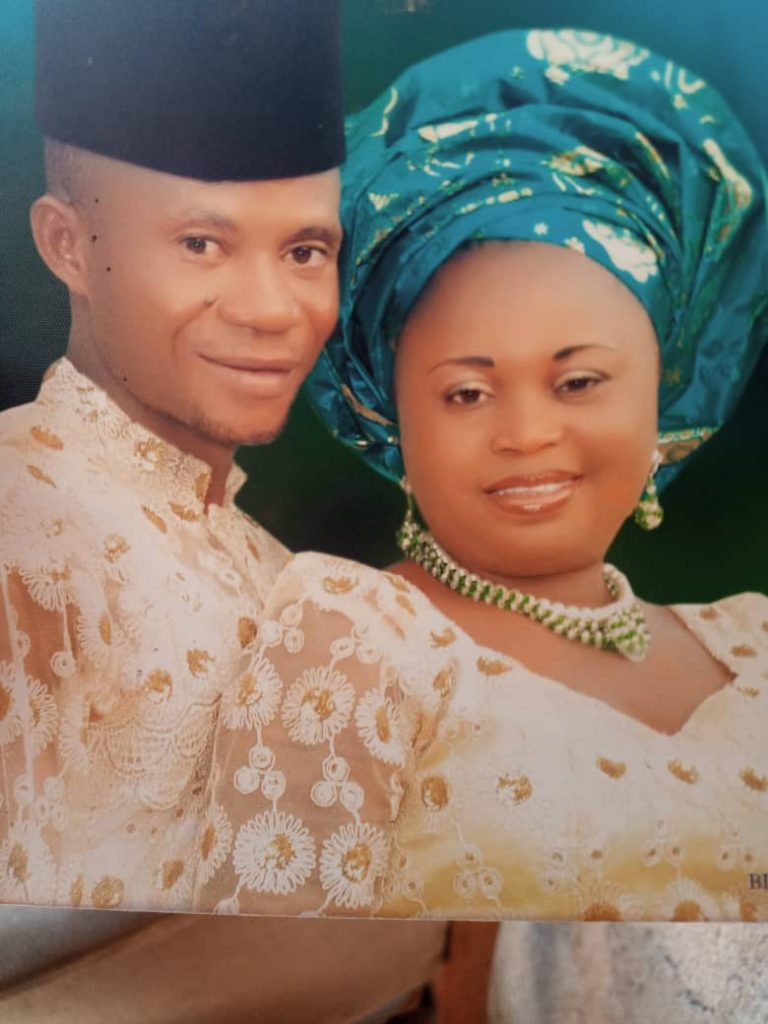 Blessing Emmanuel Ugele nee Orok who died from Physical Domestic Violence in the hands of the man she loved.

Many feared kidnapped on Kaduna-Abuja highway