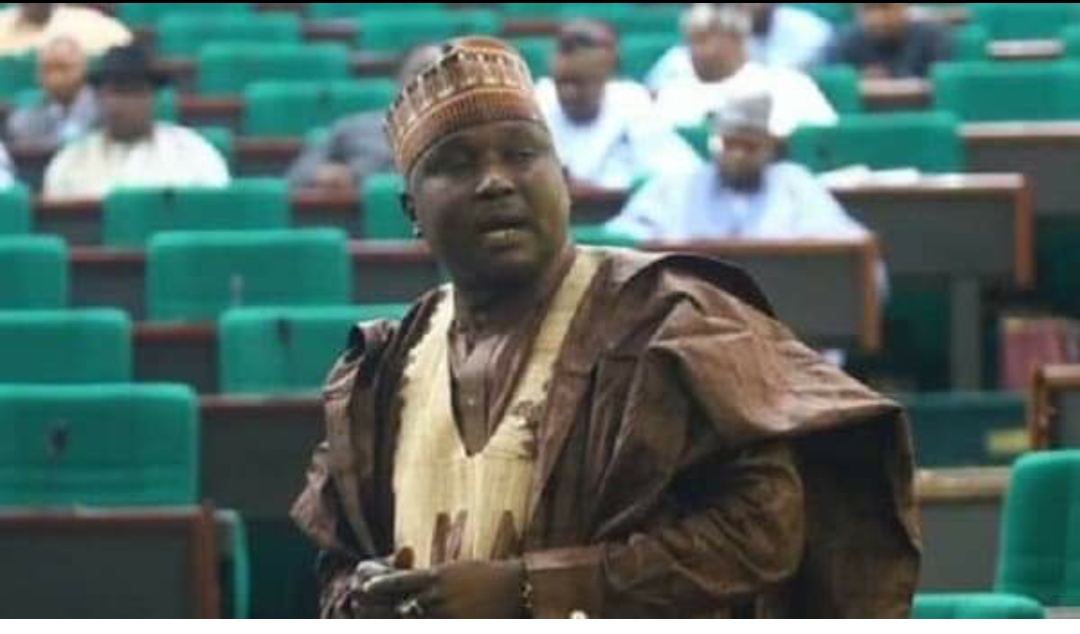 The political innuendo and rhetorics not only in Nigeria but the world over, usually comes in different forms and moods, depending on how the ears of the keen listeners comprehend and ruminate the contents.

But still, many people are yet to come to term with the recent standpoint taken and uttered by the current majority leader house of representative, Hon. Alhassan Ado, a lawmaker from Tudun Wada/Doguwa federal constituency, for presenting his four wives before his colleague during the last Wednesday’s full-house plenary.

The issue has been generating divergent views and opinions from various angles, more particularly in Kano, on the rationale behind his pompous and proudly laden-speech, telling the world of his conceited instinct by parading his heavy-built wives, quadruple in number, for the world to see how productive and fortunate is he in life.

Many people are glimpsing to Doguwa’s speech from various perspectives, closely related to political ego and vanity.

While some are seemingly taking it as an open-air rejoinder to the vocal, Kano monarch who craved for the less privileged to do away with the tradition of picking of more than 1 wife at will.

On another side, some are also of the view that Hon. Ado Doguwa inside-the-chamber oratory stemmed from scaling the hurdles of recent re-run elections victory, which overpowered him with joy towards showing his gratitude for seeing the time is not yet expired in benefiting the sweet-cake national brought by the democratic dispensation.

Whatever the case may be, the stance was taken by Alhassan Ado Doguwa during his acceptance speech after swearing-in, many discern that his expressions are quite unbecoming, full of vulgarity and also morally reprehensible.

As a man who is seen as a politically-esteemed federal lawmaker, boasting in front of camera lenses, proudly saying that ” when members call me a powerful man, I’m not only powerful on the floor of the house, I’m also powerful at home…”

What does that entail of a man who is expected to be guided by traditional and spiritual norms, to the extent of vomiting vulgar terms on the floor, and the whole house laughing at him?

How barefaced of a lawmaker who is saddled with the task of making law, but the bent on telling the world the magnitude of his potency which produced him, 27 children, by his fertile wives?

What kind of messages would this misguided assertions by Hon? Doguwa will send to the forthcoming politicians, who are expected to serve with decorum and gentlemanly disposition?

This will immeasurably portend bad signals portraying some lawmakers as apathetic personalities.

It is advisable for Hon. Ado Doguwa to review the video footage of January 29th plenary session and digest all the words and gestures did at that very day, perhaps he will foresee how he portrayed his humble self In the eyes of the world.

KANO POLITICS: The Incumbent and peril of fair-weather friends.