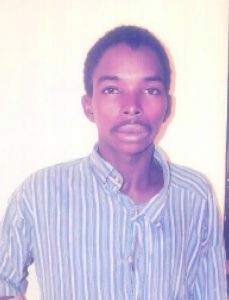 The Nasarawa state police command has arrested a 22-year-old man identified as Bello Musa, for killing his elder brother, Abdullahi Musa, with a matchete, over his missing cow in Akwuate village in Doma local government area on March 9th. Bello gave the deceased a fatal cut on the neck, when a scuffle ensued between them over the missing cattle.

Narrating how he killed his brother, Bello said

“My brother, Abdullahi and myself took our cattle for grazing. Later we discovered that one cattle which was not our own had joined our herd. We were three who made the discovery – Abdullahi, one Ibrahim and myself. Abdullahi and I agreed to sell it. Later he asked me to go and sell it in the market. As I was taking the cattle, it escaped from me. I returned back to tell Abdullahi. He did not believe me. He accused of selling the cattle N300,000.  I tried to explain to him, but he insisted that I sold the cattle for N300,000. My father tried to settle the matter, without success.

“Abdullahi said that I must pay N300,000 for the cattle or he would kill me. I challenged him on why he would want to kill me over the cattle that escaped from me.  Then he began making phone calls to his friends, telling them I am a liar and that I sold the cattle for N300,000. I became very angry and we started fighting. In the course of the fight, he injured me on my right hand and I cut him with my cutlass on the neck.”

Bello then ran to the General Hospital in Eleye area to treat his wound. The eagle-eyed doctor who attended to him, became suspicious after listening to the story of how he sustained the injury. He carefully treated him and then stepped aside to make a call to the Eleye Police Station. A team of policemen came to the hospital and arrested him. He was subsequently handed over to the Nasarawa police headquarters where he was detained for further investigation.

Bello would soon be charged to court for murder.

Photos: Inside Gabola Church in South Africa where alcohol is required for worship and baptism