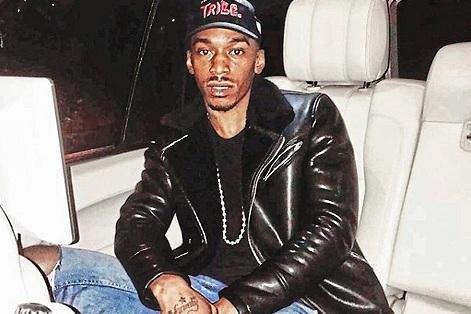 A boxing coach who was stabbed and killed by a machete-wielding gang was a role model who stopped young people from joining gangs, his family and friends said.

CCTV footage shows Jordan Ajobo, 21, stagger and slump to the ground moments after being set upon by up to eight men who ambushed him outside shops near City airport in East London.
Two men can be seen walking away from the scene before a group of passers-by rush to his aid.

Mr Ajobo suffered chest wounds in the attack at 8.15pm last Wednesday and was pronounced dead in hospital an hour later.

A family friend told the Standard: “He was a happy-go-lucky boy who respected everybody and was liked by everyone who knew him. His family are devastated, they want justice.”

Neighbours today described battling to revive Mr Ajobo, holding him as he struggled for breath. He is the fifth person to be stabbed to death in the capital since the start of last month.

Two passers-by who witnessed the attack were threatened by one of the killers, who ordered them not to speak to police.

Mr Ajobo, a former Rokeby Community School student, was described as a “peacemaker” and was instrumental in establishing a tribute wall to Karim Samms, a 16-year-old shot and killed in April.

The pair met through the nearby Fight For Peace boxing academy, which aims to keep youths out of gangs and has won praise from heavyweight champion Anthony Joshua.

Tammy McDonald, a mother of four who heard Mr Ajobo’s screams from her flat, said: “He was a lovely man — he taught my two sons boxing and all my kids looked up to him. He was a fantastic role model for young people around here.

“They are heartbroken. These sick people must have been jealous — he wore nice trainers, he was always very well-dressed because he worked hard. When street lads see someone dressed up they just think ‘drug dealer’ but he wasn’t involved in that.

“Seven men jumped out of the car, not with knives but with machetes. Two very close friends tried to hold him together and resuscitate him. He couldn’t speak… he was just trying to draw breath.”

Mr Ajobo was also friends with Ahmed Jah, 21, who was fatally stabbed earlier this year in an off-licence in Canning Town and Ailton Campos De Oliveira, who was knifed to death in 2010 aged 16.

Ms McDonald added: “He lost friends to street violence but was never violent himself. He was a trained fighter and had the discipline. He never threw his weight about.

“More than anything he was a peacemaker. He was a positive soul, so softly spoken. He would always be giving people advice and little life lessons.”