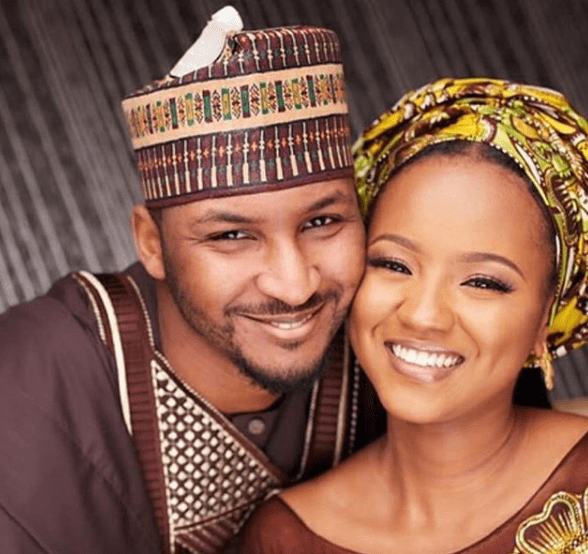 Daughter of billionaire businessman, Mohammed Indimi, Hauwa, will in a matter of days, get married to her man, Muhammad Yar’Adua. Their wedding will be taking place at the bride’s father’s compound in Maiduguri, Borno state.

The couple had a pre-wedding photo shoot and shared some of the beautiful photos online.

The official countdown to the wedding of billionaire businessman’s daughter, to Muhammad Yar’adua is believed to have begun with the photos.

While many people are happy for the couple, there seems to be drama lurking around this particular union. Reports claim Muhammad who is in his late 20s is an ex-boyfriend of Hauwa’s sister, Fatima.

To top it, the same man also dated Zahra Buhari (who happens to be Indimi’s in-law) for two years before and after her father became president of Nigeria.

Weeks back, the Indimi girls caused a major stir on Instagram as their friends tore at each other, taking sides with either Gumsu who is better known as Tulip Bistrol on Instagram that the marriage should not hold, while others took sides with Hauwa that the wedding should be.

Fatima who is  from the Indimi’s second wife who is fondly called “Amma” was the one who allegedly had something to do with the groom to be in the past and this created a public spat on Social media where their elder sister , ya Gumsu, the lady behind “Tulip” attacked Hauwa “mami” publicly.

It was really messy and this may explain why the sisters have not taken to the social media to celebrate the D-Day the way they usually celebrate any of their own.

None of the Indimi sisters who are very visible in the media has posted the photos on their social media pages unlike the past weddings in the family where they congratulate the couple and show their anticipation.

Recall that Jibrila, Mai Kanti, Tijani and Hauwa  are all from Alhaji indimi’s first wife, a Fulani woman who suffered with him from the start when he had nothing . This was before he married a second wife who had the twins, and Rahama among others. Then, the ladies and their mother moved against her and sent her packing out of the house.

The underlying animosity, that has divided the family would definitely play up with this  wedding. As it stands, Rahama, Fatima, Gumsu and the twins may not be attending the wedding of their sister.

Their take is that Mohammed had dated a family member, he cannot date another talk less of marrying her.

But then, Hauwa would not be deterred nor would she be denied her special day as there are at least eight other sisters from the same father, who would be attending. These ones are not only less visible on the social media but also less controversial.

It would be recalled that the same ‘overtly righteous and pompous’ attitude was displayed by the Gumsu gang during the Zahra wedding which made the First lady to stop the Indimi twins from attending the ABUJA end of the marriage to Ahmed, their brother.

2Face Idibia speaks on his ‘love’ for women