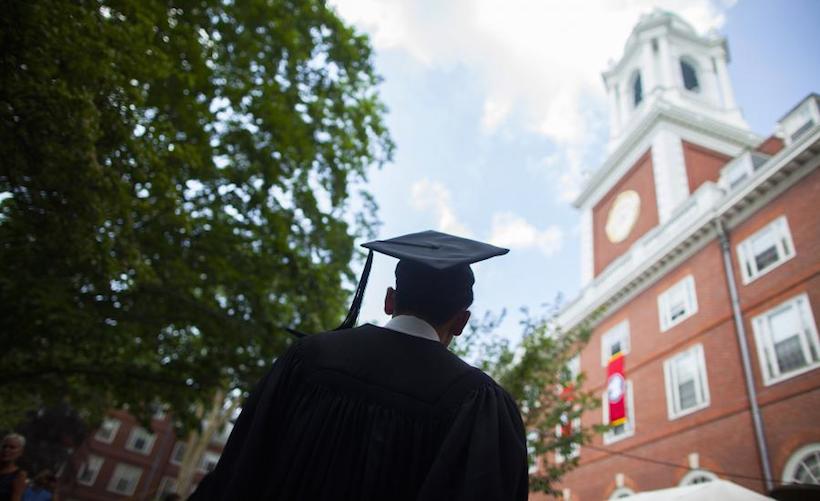 A group of students recently accepted to Harvard have been excluded from the prestigious school before the school year has even begun.

In an unprecedented decision from the Ivy League university, ten students from the class of 2021 have had their admission rescinded after a series of offensive memes were shared on Facebook.

Everything started back in December 2016 when a Facebook group called Harvard College Class of 2021, was set up to help new students to get to know each other.

Counting more than 1,500 members, the page was a place to chat about the upcoming school year and share jokes. Soon enough, however, a more ‘radical’ chat was opened, initially titled ‘Harvard Memes For Bourgeois Teens’ then ‘General Fuckups.’

As the Guardian reports, members of the group started posting highly offensive memes, ‘joking’ about subjects including the Holocaust, sexual abuse, child abuse and pedophilia.

In order to enter into the discussion, students were required to post the most offensive meme they could find. One meme referred to a “Mexican kid hanging himself in the bathroom” as “piñata time”.

Shocked by the content being shared, some future students reported the page to Harvard which then reached out in search of explanations. One week later, ten students saw their admissions rescinded.

According to the university’s Facebook page, the institution “reserves the right to withdraw an offer of admission … if an admitted student engages in behaviour that brings into question his or her honesty, maturity, or moral character.”

As one prospective student explained to the Guardian that the page was created as a “just-because-we-got-into-Harvard-doesn’t-mean-we-can’t-have-fun kind of thing.”

Another to a newly admitted student, who was invited to the group by a friend to “see what was happening”, claims the page’s members expressed their regret in an email sent to the university’s administration. Some recognised the “bad taste” of the memes and explained that they’d gone “too far”.

For some, however, the gesture was too little, too late.