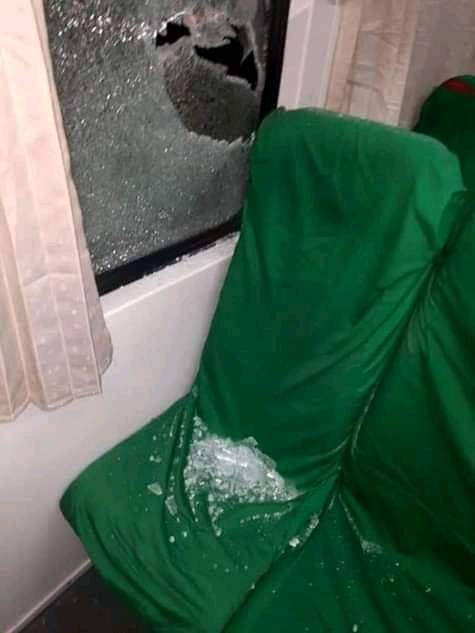 One of the passengers on board the train that ran into explosives on its way to Kaduna from Abuja says they are now safe.

Daily Trust had reported how terrorists surrounded the train, which left Abuja around 6pm on Monday.

Commenting on the incident, the passenger identified as Anas Danmusa said the attackers fired several gunshots.

Danmusa said passengers had to hide under the seats until security operatives stormed the scene.

“Please this is an emergency. We are inside train at the moment. Kidnappers planted explosives and the train engines have been ruined. We are helpless. Abuja to Kaduna train. Gunshots still being fired right around us. We are just under the seats praying to God while waiting for help. Since 8pm we have been here. Between Katari to Rijana. I am a living witness,” he initially tweeted.

He later wrote back to confirm the presence of security operatives, saying, “We are safe now.”