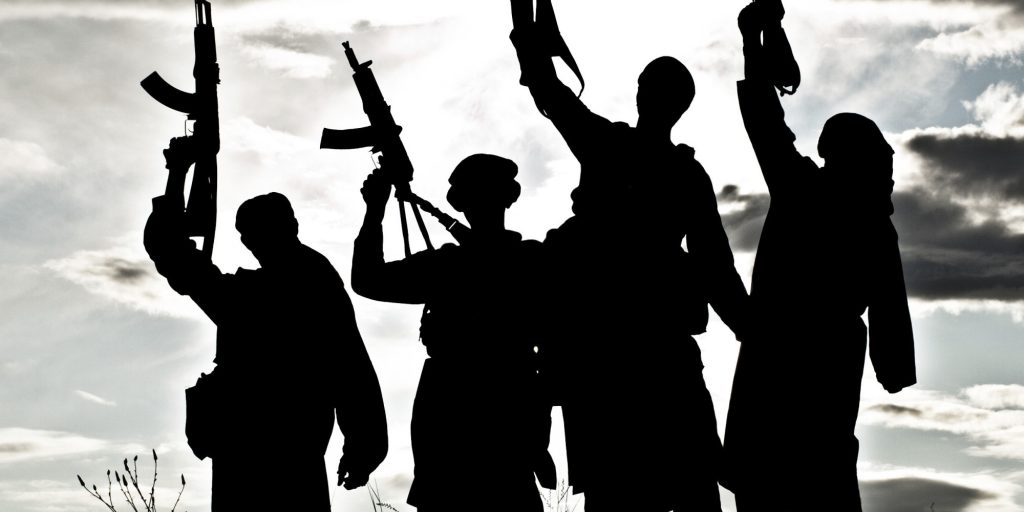 Gunmen suspected to be Niger-Delta militants on Monday invaded part of Ebute-Ibafo in Obafemi Owode local government area of Ogun State and prevented the state Deputy Governor, Princess Yetunde Onanuga, from accessing the community.
Onanuga, who was accompanied to Ebute-Ibafo by soldiers, policemen and operatives of the Department of State Security Service (DSS), to assess the level of destruction to the community, was stopped midway by the militants, who opened fire on the security agents and forced them into a retreat

The Secretary to the State Government, Mr. Taiwo Adeoluwa, Commissioner for Information and Orientation, Chief Dayo Adeneye, the Baale of Ebute – Ibafo, Chief Afolorunsho Balogun, the Olu of Imusin, Oba Taiwo Adebunmi Bamgbose and five other traditional rulers were also in the team that visited the community on Monday.
Addressing reporters, the SSG said the security challenges posed to Ogun State by the militants was beyond the capacity of the police.

“The team led by the Deputy Governor of the state cannot access a part of our state. It means without mincing words, the federal government needs to get involved in this.

“This is clearly beyond the capacity of the police. We believe a major task force, like the one we have in Niger Delta is necessary and desirable now,” he said.

Senate forgery scandal: Buhari has declared war on us – Ekweremadu cries out