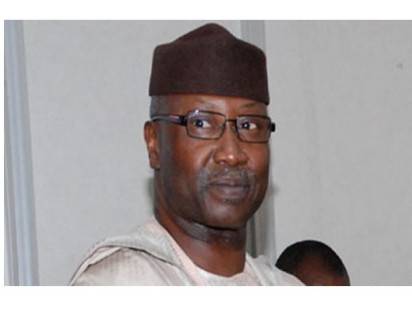 Anti-graft coalition, the Civil Society Network Against Corruption  (CSNAC) has called on the Secretary to the Government of the Federation (SGF), Mr. Boss Mustapha, to direct Mr. Mike Okiro, to stop parading himself as the Chairman of the Police Service Commission (PSC). CSNAC, in a petition to the SGF, signed by its Chairman, Mr. Olanrewaju Suraju, said following the appointment of a new PSC Board by the Federal Government, the SGF should order Mr. Okiro to hand over to the relevant officer deemed fit to act in that capacity.

The group said the continuous stay of Mr. Okiro as PSC Chairman is a disregard for the directive of President Muhammadu Buhari.            ,

According to the coalition, after the dissolution of the PSC Board on 29 December 2017, Mr. Okiro has continued to function as its Chairman. It added that in an internal memo he issued in his purported position as Chairman on  January 5, Mr. Okiro directed the Permanent Secretary of the Commission to carry out certain instructions. These, it said, included an instruction that the Permanent Secretary should report an action to him within seven days.

“It is with grave concern that CSNAC views the contemptuous disregard of the directive of President Muhammadu Buhari as conveyed by your office on the 29 December 2017, dissolving the Board of the Police Service Commission (PSC) among others, headed by retired Inspector-General of Police, Mr. Mike Okiro, by his continued stay in office and performing functions of the office despite the composition of a new Board.

“With the weight of responsibility placed on an important agency of government such as the PSC, it is disastrous to allow any functionary to operate it illegally and by extension, in nullity,” CSNAC said.
The group reminded the SGF that list released by his office on 29 December and titled ‘Federal Government Appoints Governing Boards for Parastatals and Agencies’, conveyed  President Buhari’s directive to take immediate effect.      The list also announced the new members of the PSC Board.

Boss Mustapha According to the list, members of the Board are Mrs. Gladys Amuleke, Mr. Kelobas A. Kere, Mr. Olayinka Balogun, Mr. Muktar Okpaniki, Mrs. Maria E.A Ukpanyang and Mr. Suleiman M. Namadi. The list also stated that the Chairman will be appointed by the President.

“While the president is yet to name a Chairman, Section 161(C) of the 1999 Constitution as amended is explicit. 161 (C) “any reference to “member” of a body established by Section 153 of this constitution shall be construed as including a reference to the Chairman of that body,” CSNAC contended.

It expressed the view that the decision of Mr. Okiro to continue functioning as Chairman till date could be due to lack of understanding of the statutes or a deliberate disregard of government’s directive with a motive to continue certain activities that will be inimical to the interests of the Police and the public.

CSNAC also demanded an investigation into and review of all actions taken and instructions are given my Mr. Okiro in his capacity as PSC Chairman after the dissolution of the Board on 29 December 2017.

It warned that in the event of a failure to grant its request within seven days of the receipt of its petition will compel it to approach a court of law to request that he stops parading himself as Chairman and further challenge all actions taken by him and the others within the period under reference.

If Our People Insist, We Will Go Back To PDP, Says Kwara Governor