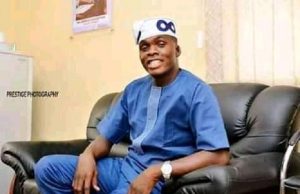 A group, Lagelu/Akinyele Non-Aligned Movement has bemoaned an online news medium, Sahara Reporters for allegedly turning itself into an instrument being used by politicians to malign their opponents to pursue their selfish ambition.

The group made this assertion while reacting to a story published on Wednesday April 13, 2022 with the caption: Oyo Group Kicks As Alleged Killer of House of Representatives Member, Sugar, Declares To Run in 2023″ which was reportedly sponsored by political opponents purposely to malign and impugn the personality of Hon. Olafisoye Akinmoyede ahead of the 2023 general elections.

In the said report, Sahara Reporters stated that Olafisoye was arrested as the prime suspect in the murder of Olatoye Sugar in 2019.

However, in a statement issued and signed by the Chairman and Secretary of Lagelu/Akinyele Non-Aligned Movement group, Comrade Kolawole Ishola and Adedeji Adewale, the group expressed its utmost disappointment that an online platform like Sahara Reporters could descend so low to the extent of allowing a faceless group under the spurious name of Lagelu Legacy Youth Movement to publish such a misleading report aimed at blackmailing Hon. Olafisoye, an indigene of Lagelu Local Government for selfish reason.

The group said it was surprised that Sahara Reporters, which wrote in its report that “Olafisoye was arrested as the prime suspect in the murder of Olatoye Sugar in 2019 but discharged and acquitted by the Oyo State High Court for lack of merit in the suit”, could allowed itself to be used to publish such spurious story knowing fully well that it is against the ethics of journalism to publish such defamatory story after the court had delivered its judgment.

According to the statement, “we wish to state unequivocally that the publication in its entirety is false and baseless. It was published in the tradition of Sahara Reporters known for publishing sponsored stories to blackmail and impugn the credibility of notable people especially politicians in the country.

“While being conscious of the need not to react to such frivolous story as contained in the report and leave Sahara Reporters to its conscience, we considered it expedient to put the record straight for it, its sponsors and well meaning people of Oyo State.

“We want to place it on record that Hon. Olafisoye was never arrested by the police as reported by Sahara Reporters.

“Hon. Olafisoye rather submitted himself to the police for investigation in March, 2019 after the police mentioned his name for allegedly having a hand in the death of Hon. Sugar. The police commenced investigation and charged him and three others to court after completing their investigation.

“Hon. Justice Mufutau Adegbola while delivering the judgment said the prosecution counsel had not provided any of the ingredients of murder to connect the accused with the murder of the deceased.

“His acquittal was widely reported in some national newspapers, broadcast media and of course many online platforms. We now wonder whether the Sahara Reporters and its sponsors were not in Nigeria to be aware of the court’s decision as delivered on 23rd January, 2020.

“We thank God that with the said verdict that vindicated him, truth finally prevailed over the allegation he knew nothing about to the admiration of we his lovers, well meaning indigenes of Lalupon, his hometown and indeed his entire political family in Lagelu and Akinyele local government areas.

“We can authoritatively confirm that a member of staff with Sahara Reporters is working secretely as a media aide to one of the aspirants for the Lagelu Akinyele federal constituency and that is the reason why the online platform published the story in an apparent attempt to blackmail and impugn the credibility of Hon. Olafisoye Akinmoyede having seen him as a threat to his own political aspiration because.

“Hon. Lafisoye is known as a strong grassroots political mobilizer with track records of performances in all elective positions he has held so far.

“While we enjoin members of the public especially the good people of Lagelu/Akinyele federal constituency and the All Progressives Congress (APC) family in Oyo State to discountenance the content of the publication in its entirety, we want to warn Sahara Reporters to toe the path of honour by stopping further publishing such defamatory, libellous and spurious story against the personality of Hon. Olafisoye Akinmoyede.

“We shall otherwise instruct our legal team to commence legal action against it, its agents, privies or whoever involving in such defamatory story in future,” the statement read.