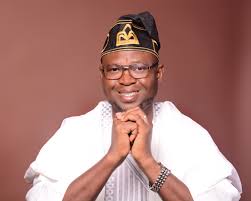 A former gubernatorial aspirant under the platform of the All Progressives Congress (APC), in Oyo State, Engineer Oyedele Hakeem Alao, has expressed reservations over the primary elections held by the party in the state.

Alao, in a statement issued in Ibadan, the Oyo State capital, stated that under hand dealings were employed by those he described as hell bent on having their way especially during the governorship primary election, adding that most of the genuine delegates were disenfranchised.

The governorship aspirant said that level playing ground for all aspirants led to the victory of Asiwaju Bola Ahmed Tinubu in the just concluded APC presidential primary.

Alao said that the APC presidential primary was democracy at its best as the leadership of the party ensured free and fair contest, noting that the losers accepted the result knowing fully well that delegates spoke with their votes.

He lamented that the injustices recorded in the primaries in the state have led to the mass exodus being recorded by the party, stating that they were characterized by manipulations to the bewilderment of most aspirants, delegates and the teeming members of the party.

He alleged that more than 400 delegates were disenfranchised with fake delegates accredited and allowed to vote during the APC governorship primary election in the state, while alleging that delegates that were loyal to him from Ogbomoso, Ibarapa and Oke Ogun areas of the state were mostly affected.

The Oman-based Project and Contract Management Specialist maintained that the same scenario occurred during the APC senatorial and house of representatives primaries in the state.

He alleged that the list of delegates sent from the national secretariat of the party was not the authentic one generated from the congress earlier of the party.

He insisted that the party is capable of conducting a free, fair and acceptable primary with what happened at the Eagles Square in Abuja, and lamented that the manipulation, which he said was the order of the day during the APC primaries in state, which he said caused members to leave the party in droves should be condemned by genuine members of the party.

According to him, “the just concluded presidential primary of our great party, APC showed that we can get it right as it was indeed democracy at its best with all the aspirants accepting the result as the wish of the delegates.

“This was however not the situation in Oyo State with the house of representatives, senatorial and governorship primary elections characterized by manipulation and under hand dealings with genuine delegates disenfranchised.

“Unfortunately, the fall out of the shenanigans is what the party is witnessing today with members defecting to other parties. It is a sad development for our party in Oyo State.”

Tinubu Paid My Children’s School Fees, He Also Gave My Wife A House When I was in Prison -Asari Dokubo