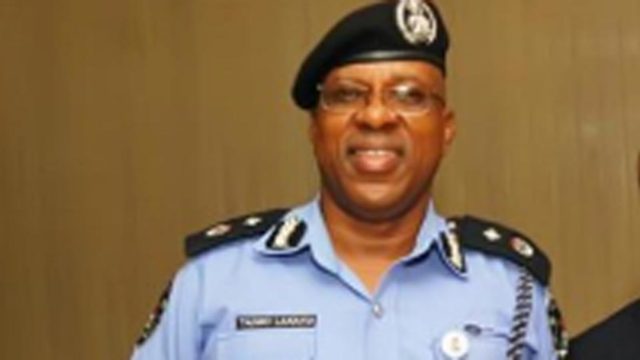 Governor Rochas Okorocha, Monday night, (April 3, 2017), led other Senior Government Functionaries to pour encomiums on the outgoing Commissioner of Police in the state and now on transfer as an Assistant Inspector General of Police, Mr. Taiwo Lakanu, describing him as an exemplary Police Officer who came to the state and worked in collaboration with the people of the state to achieve huge success in the area of security.

Governor Okorocha and other Senior Government Officials had met to bid farewell to Mr. Lakanu who is on transfer to the Force Headquarters, at the Sam Mbakwe EXCO Chambers, and in attendance were the in-coming Commissioner of Police, Mr. Chris Ezike, the commander 34 FAB Obinze and all the heads of other security agencies in the state.

At the emotion laden event, Governor Okorocha said that the state and her people could not thank Mr. Lakanu enough because according to him, “he came to the state, he saw and he conquered” and the governor then lavished the out-going CP with gifts ranging from land to cash.

Governor Okorocha named a road at the back of the Police Headquarters, Mr. Taiwo Lakanu Road, gave him a choice land at Shell – Camp Owerri worth over N25million, gave him five million (N5m) for the fueling of his car, and asked him to name any part of the state he would like to live even after his retirement from the Police.

The governor also announced that Imo people would decorate Mr. Lakanu with Imo Merit Award, adding that honour should be given to whom honour is due, and that Mr. Lakanu had done well as Commissioner of Police in the state and any honour done to him should be seen as well deserved.

His words, “I want to thank you for the services you rendered to Imo State and her people. What made you outstanding is that your job comes first before money. Your success came because money never counted in your willingness to succeed. You have set a very high standard for the in-coming Commissioner of Police. Now Imo people will Judge Commissioners of Police from your standard. I hope and pray that the new CP will measure up”.

The governor continued, “You came with love in your heart. You mingled well that nobody will actually know if you are Igbo, Hausa or Yoruba. That is why you succeeded in chasing armed robbers, and kidnappers away from Imo. Imo people will decorate you with loudest of honour when the time comes. We shall be giving you our Imo Merit Award”.

In his speech, Mr. Lakanu who is moving to Abuja to be incharge of operations, said, “Imo is my very best posting ever. The governor established a very good platform for the security operatives in Imo State to perform. He is so accessible and responds quickly to problems. The appreciative nature of the people of Imo State helped me to perform optimally. The presence of Imo Security Network equally helped, in providing man power and relevant information”.

He said, “The incoming CP is a well trained and seasoned Police Officer who may even surpass my achievements. I thank the Sister agencies for synergizing with the Police Force for optimal result”.