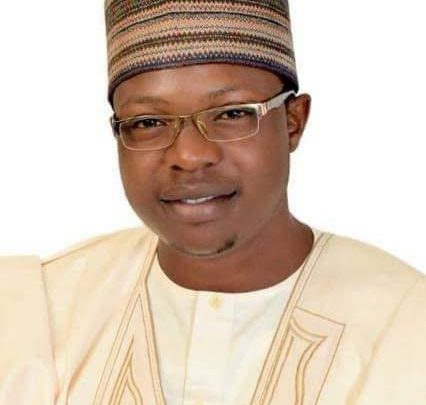 The newly appointed General Managing Director of Harmony Holdings Limited, Abdulmajeed Abdullahi has made a damning allegation that might set the Harmony State on fire again and serve as a confirmation of some dirty revelations against the immediate past government in the state.

Abdulmajeed alleged that most of those, who managed the corporation in the past were highly politically exposed and that two people, who were friends of the immediate past government, shared Kwara State Lands in Galadimawa, without account of the proceeds.”

Speaking at the ongoing Kwara State House of Assembly 2020 proposed budget defense, Abdulmajeed noted that the company was incorporated as a vehicle for management of the State’s assets valued at over #4billion, but lying value.

He disclosed that the company was a good idea, but that it was marred by undue political interference which jeoperdized the prime objective for which it was established.

He added that a sum of #2.5billion liquidity to asset was required to keep those moribund assets to use for economic benefit of the state, but the then government released just about #440million, which was mismanaged by previous managers of the corporation, rather than the primary purpose of investment.

“Most of those who managed the corporation were highly politically exposed and undue interference set in.

“You can’t imagine just two people who are friends of yesterday’s government shared Kwara state Lands in Galadimawa, without account of the proceeds”.

“Today is my happiest moment, as I am seeing real legislature that is widening our horizons on the path of sustainable development and greater future of Kwara State,” he said.

He therefore solicited for the 9th Assembly’s support to set Harmony Holding Limited back on track and make it work for Kwarans, as it should ideally.

He used the opportunity to laud the 9th Assembly for its due diligence and thorough scrutiny on the 2020 proposed appropriation budget, describing is as ‘unprecedented positive development.’

Reacting, the Speaker, Kwara State House of Assembly, Rt. Hon. Salihu Yakubu Danladi appreciated several laudable initiatives the GMD shared with the House, while imploring him to walk his talk and ensure the economic impact of Harmony Holdings Limited is felt by Kwarans.