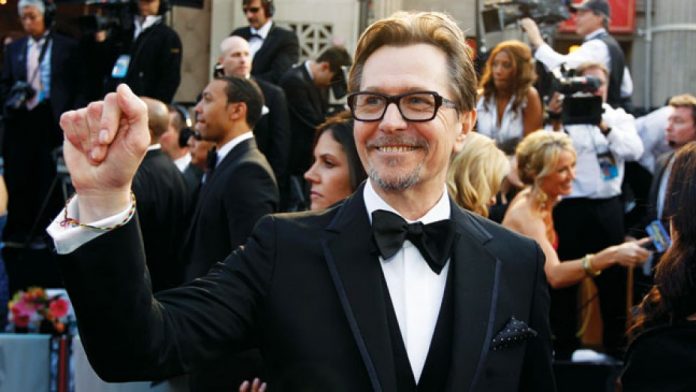 Gary Oldman’s portrayal of Winston Churchill in “Darkest Hour” earned him best actor award at the Oscars Sunday night. His win comes despite 2001 domestic violence allegations that resurfaced since his nomination.

His ex-wife, Donya Fiorentino, accused Oldman of choking her and beating her with a telephone in front of their children, an allegation the actor has denied.

Fiorentino recently told a U.K. media in February that their marriage was “a giant car crash in which demented things happened… I would rather get eaten by a great white shark than go through that marriage again.”

The Oscars marked the finale of an award season that started with actors wearing all black, in solidarity of fighting against sexual harassment and assault in Hollywood and beyond. But the academy came under scrutiny on Twitter Sunday evening after rewarding Oldman and former NBA star Kobe Bryant during the ceremony.

“Why don’t they ask Gary Oldman about hitting his ex-wife in the face with a telephone? That seems relevant,” author Roxane Gay tweeted.

Sunday’s win is Oldman’s first, and only his second nomination, despite a lengthy career of performances. He had been considered the front-runner for the best actor award, having swept awards season.

Oldman underwent hours of makeup to portray Churchill in the film, which focuses on a pivotal time in the British leader’s career when he rallied his country to fight the Nazis. During his acceptance speech, Oldman thanked Churchill, as well as those who worked with him.

He also thanked his 99-year-old mother, telling her, “thank you for your love and your support. Put the kettle on. I’m bringing Oscar home,” Oldman said.