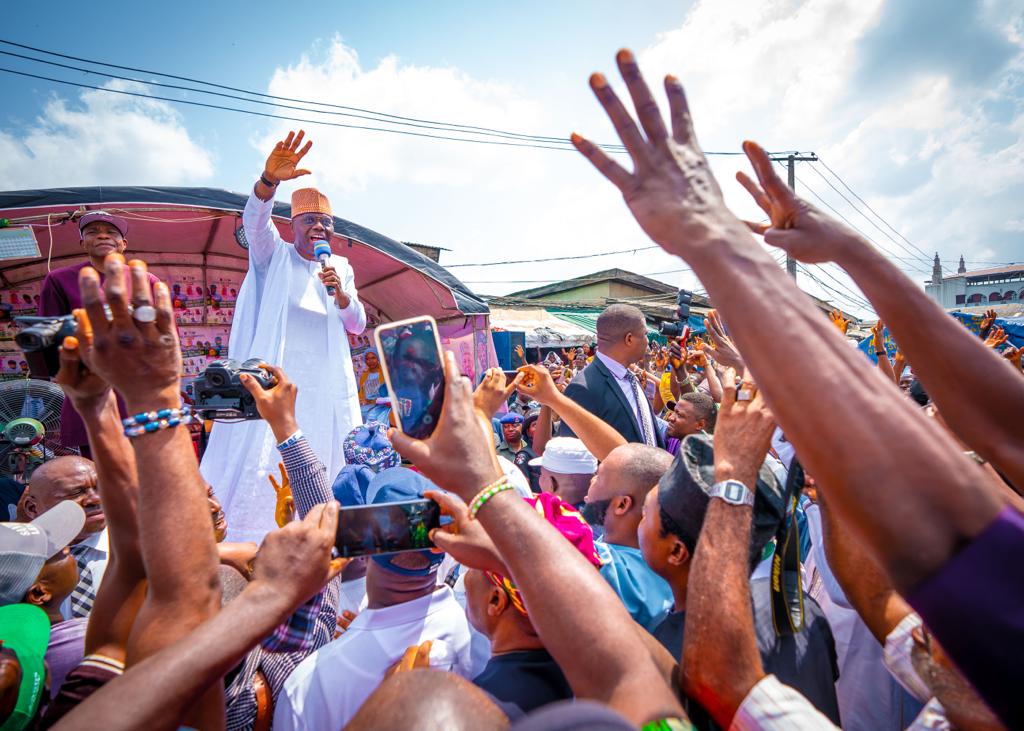 Alaba Rago, a predominantly Hausa-Fulani community in Iba Local Council Development Area (LCDA) of Lagos State, was a beehive on Wednesday, as thousands trooped out to receive Governor Babajide Sanwo-Olu, on consultative meetings with the residents.

The Governor was in the company of the All Progressives Congress (APC) Vice Presidential candidate, Sen. Kashim Shettima, and Kano State Governor Umar Abdullahi Ganduje to the forum where he met with the leadership of various Hausa traders in the area.

The consultation turned out to be a political rally, as youths in the area displayed various banners in support of presidential ambition of Asiwaju Bola Ahmed Tinubu and Sanwo-Olu’s re-election.

The Lagos Governor said the consultation was part of his political discussions with non-indigene groups residing in the State, thanking the Hausa-Fulani community for supporting the efforts of his administration to scale up infrastructure and amenities in the LCDA.

Sanwo-Olu told the gathering that the Arewa community’s continued cooperation and support remained vital to keep APC on the winning track in Lagos and ensure the party’s candidates across board were successful in the general elections.

The Governor reiterated his commitment to complete all ongoing projects in the area and initiate new ones.

He said: “I’m happy to join you today in furtherance of our consultation on the future of our State. I thank you for the peace and tranquility enjoyed among all non-indigene groups in this part of Lagos. We can only achieve our development goals when we stay united and work together. Iba LCDA has not been left out in our development programme. 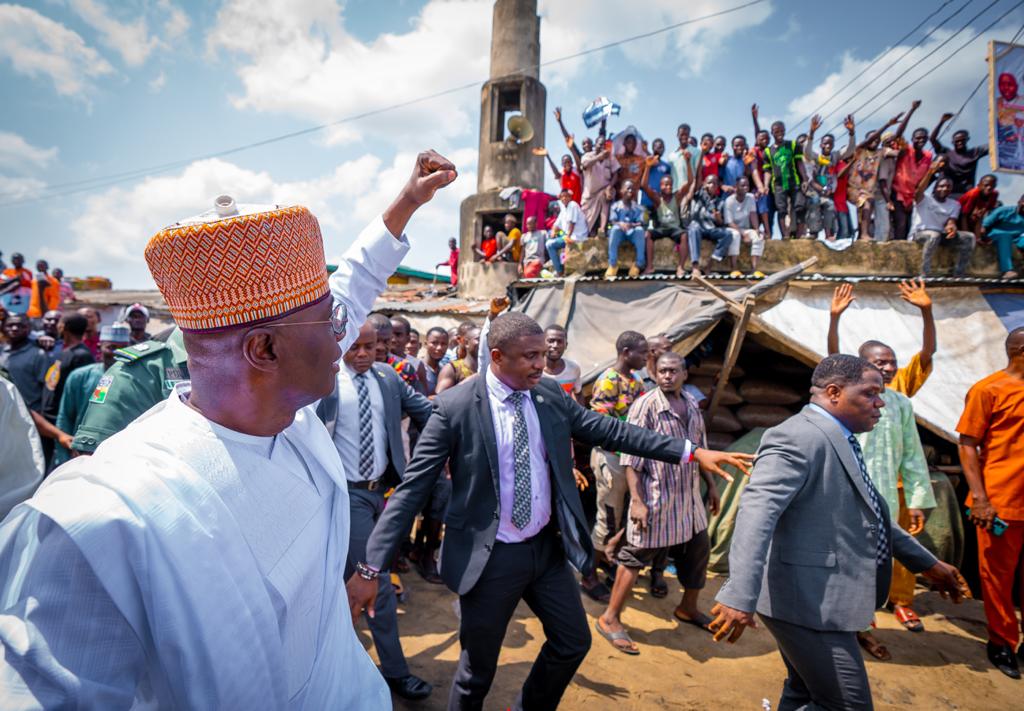 “You have seen the good work we are doing in Iba and the infrastructure projects we are delivering in this area. We will be completing the Lagos-Badagry highway soon. The stretch towards Okokomaiko is the final work, which will be completed by the end of the year. The General Hospital we are currently building in Iba will also be completed. We will move inside Ojo and take up Kemberi-Afromedia Road.”

Ganduje, who spoke in Hausa, said he offered to meet with the Lagos Arewa community because of the need to speak with one voice with respect to electing Tinubu as president and continuation of Sanwo-Olu’s mandate, as well as all APC candidates from the State.

Tinubu, the Kano helmsman said, embodied all qualities of a thoroughbred and detribalised Nigerian, saying the APC presidential standard bearer accorded utmost respect to all tribes, cultures and faiths.

Ganduje said the decision of the North to back Tinubu for president had already been sealed. What remains, he said, is for Lagos to produce votes that will supersede the voting strength for the APC.

He said: “We are here today with good tidings and we have brought you good news. As far as the Northern part of this country is concerned, the issue of Tinubu presidency is already completed. We are waiting for you Lagosians to come out and support this with your votes. In Kano, Asiwaju will get more votes than any state will give him. We challenge you Lagosians to promise us that you will defeat Kano in the choice of Tinubu.”

Shettima said 2023 would be a payback time for Tinubu in the North, given that the APC presidential standard bearer had backedcandidates from the North in previous national elections.

“For us in the North, this is a payback time for Tinubu. We are people of honour; we must honour our pledge and commitment. We urge you to vote for all candidates of APC in Lagos, from president to governorship and all legislative offices. I call on you to vote en masse for Governor Sanwo-Olu and support his good work,” Shettima said.

Responding on behalf of the Arewa community, Badaru said Hausa people in Lagos remained committed to the cause of APC and would double their efforts to ensure the party’s candidates in the State got elected. 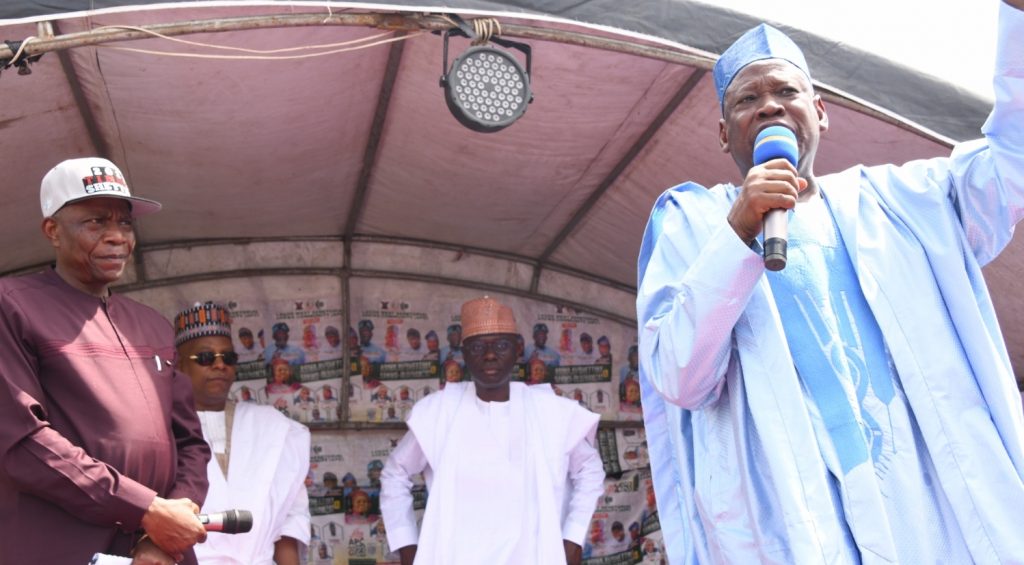