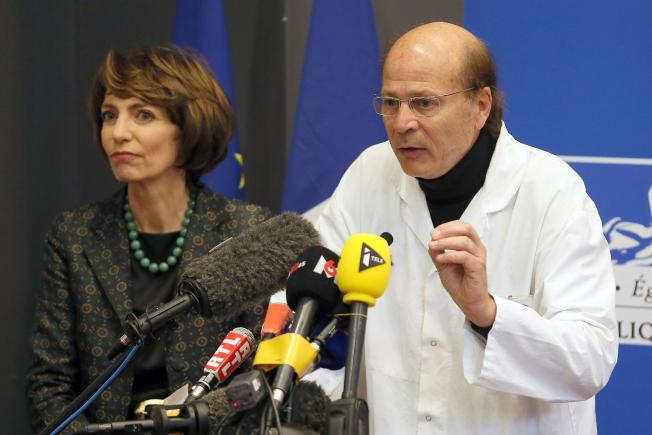 A man died in a French hospital Sunday after taking part in an experimental drug trial for a painkiller, and five other participants remain hospitalized after one of France’s most troubling medical incidents.

French prosecutors have launched a manslaughter investigation into the unusual case, which shined a spotlight on the practice of testing drugs on paid, healthy human volunteers. Scores of others were also given the drug.

The Portuguese pharmaceutical company testing the drug, Bial, said in a statement that it’s working with health authorities to determine what caused “this tragic and unfortunate situation.”

The Rennes University Hospital in western France announced the death in a statement, but didn’t identify the patient, who had already been in a state of brain death.

He was among six male volunteers between 28 and 49 hospitalized last week after volunteering to take the drug. French health authorities have said three of the hospitalized volunteers face possible brain damage.

The Paris prosecutor’s office said the investigation was expanded after the death to include potential manslaughter charges.

The trial, which began Jan. 7, involved 90 healthy volunteers who were given the experimental drug in varying doses at different times.

The hospital said it has contacted the 84 other volunteers exposed to the new painkiller. Ten of those volunteers underwent medical exams Saturday, but the hospital found no anomalies, the statement says. It said another five will have medical exams closer to their homes, but didn’t say whether the others are being monitored or tested.

The drug was given orally to healthy volunteers as part of a Phase 1 trial by Biotrial, a drug evaluation company based in Rennes, on behalf of Bial.

Health Minister Marisol Touraine said that in addition to treating pain, the drug was intended to ease mood and anxiety troubles as well as motor problems linked to neurodegenerative illnesses by acting on the endocannabinoid system. In this system, natural brain compounds act on specific receptors to exert their effects. Touraine said the drug was not based on marijuana or cannabis, as some reported.

It’s rare for volunteers to fall seriously ill during Phase 1 trials, which study safe usage, side effects and other measures on healthy volunteers, rather than drug effectiveness.