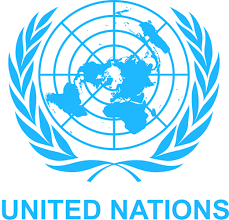 No fewer than four UN aid workers were killed in a Thursday night attack by Boko Haram insurgents in Rann community in Kala Balge Local Government of Borno.

A female aid worker was also missing while another sustained injuries in the attack.

Samantha Newport, Head of Communications, UNICEF Office for Coordination of Humanitarian Affairs (OCHA), confirmed the incident to the News Agency of Nigeria (NAN) on Friday in Maidguri.

Newport said two of the deceased were personnel of UN client organisation, International Organisation of Migration (IOM), deployed to Rann as camp managers.

She added that others killed were a medical doctor working as a consultant with UNICEF and an aid worker with the International Committee of Red Cross (ICRC) affiliate organisation.

The UNICEF communications head said a female nurse was abducted, while another female aid worker was injured in the attack.

She explained that all the deceased personnel were Nigerians, adding that the world body would soon issue a statement on the incident.

Meanwhile, sources in Rann said the insurgents attacked the town at about 7 p.m. on Thursday.

The source added that the insurgents, moving in gun trucks and motorcycles, infiltrated the town and attacked a military base and a displaced persons’ camp.

An audio distress message sent out by a woman later confirmed to be working for the ICRC in the town, confirmed that the village was attacked by terrorists.

There is no telephone service in Rann, but humanitarian workers depend on wifi services provided by their employers to communicate with loved ones via social media platforms that support video or voice calls.

In the audio, the ICRC staff is heard in a distressing chat with a male friend between 8 p.m. and 9 p.m.

She informed the friend that they were under attack and that they had to run to the nearby military base for protection.

Her last voice chat indicated the attackers eventually stormed the military base where she and others were taking refuge and that she was about to be harmed.

Her last message in Hausa was “oh my God they are now coming in, they are going to kill me…”

A security personnel who asked not to be named confirmed via telephone that the attack started at about 7pm.

“We got the report that Rann was being attacked at about 7pm and that many persons may have been affected but no one can clearly say the number of dead casualty,” the source said.

“We have to wait till morning before one could tell exactly what happened there.”

Rann, a difficult-to-access community about 150km West of Maiduguri, is the Borno village where an air force jet deployed under Operation Lafiya Dole dropped bombs in error on an IDP camp.

U.S. Secretary of State visits Nigeria, 4 others next week