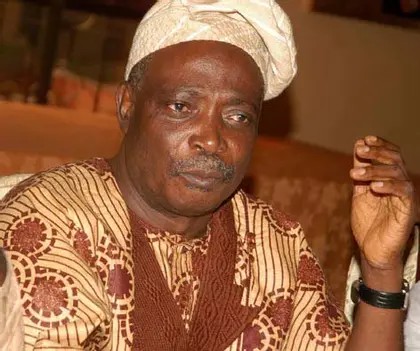 Former governor of Oyo State, Senator Rasidi Ladoja, and his supporters in Zenith Labour Party (ZLP) on Friday initiated merger talks with the All Progressives Congress (APC) ahead of the 2023 general elections.

The meeting, which was held at the Premier Hotel, Mokla, Ibadan, was reportedly approved by Ladoja.

It will be recalled that ZLP, under the leadership of Ladoja, led a coalition of ZLP, PDP, Social Democratic Party (SDP), African Democratic Congress (ADC), and a faction of Alliance for Democracy (AD) that produced the incumbent governor of the state, Engr. Seyi Makinde.

Daily Trust reports that the 2019 governorship candidate of ZLP, Sharafadeen Alli, led a team of loyalists of Ladoja to the merger meeting while the acting chairman of the APC, Chief Akin Oke, led the APC team.

The list of APC team also comprised a former Commissioner for Environment in the state, Chief Lowo Obisesan; the 2019 APC governorship aspirant in the state, Dr Olusola Ayandele; Minority Leader of Oyo State House of Assembly, Asimiyu Alarape; a former PDP chairman in the state, Yinka Taiwo; Secretary, APC Caretaker Committee in the state, Mojeed Olaoya; Secretary, APC Registration/Revalidation Committee, Olawale Sadare; and a chieftain of APC, Wale Ohu, who is a staunch loyalist of former governor of the state, Otunba Adebayo Alao-Akala, who is the Chairman of the APC Elders’ Forum.

In an interview with journalists, an APC chieftain, Wale Ohu, said there was nothing new about the meeting “because this is a season of consultations, party consultations.