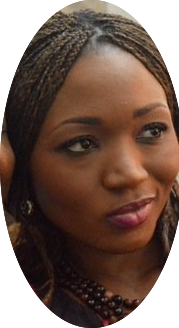 Nosazena Enaholo, daughter to Mr Lucky Igbinedion, a former governor of Edo State; businessman, Mr. Kennedy Uwagboe; two limited liability companies-Jupiter Asset Management Company Limited and Mid -Western Oil and Gas Limited-have filed an application before a Federal High Court in Lagos, seeking a reversal of a $3,286,629.92 judgment and other orders made against them by the court.

Two years ago, the court, presided over by Justice Saliu Saidu, awarded the judgment sum against the defendants. The plaintiff, Diamond Bank Plc, had filed the suit on the 18 June 2015, requesting the court to enter the suit for hearing in the “undefended list” and to mark the writ of summons accordingly.

The bank was convinced that the defendants have no defence to the facts raised. According to the bank, Jupiter Asset Management borrowed $3.5million from Diamond Bank to acquire an additional stake in a company, Eurafric Energy Limited.

The loan was guaranteed by Mid-Western Oil and Gas Limited, Igbenedion’s daughter, Mr. Uwagboe, then a staff of the bank. Jupiter Asset Management agreed that the repayment would be in quarterly instalments of $437,500 and accrued interest.
They also agreed that repayment should be sourced from proceeds of the quarterly dividends of Mid -Western Oil and Gas Limited. But the defendants defaulted despite repeated demands by the bank. The bank sued the defendants to recover the loan.

Jupiter Asset Management admitted its default and requested an extension of the repayment period, as shown by its letters of 4 and 11 November 2014 respectively. Mr. Igbenedion’s daughter and her co-defendants failed to file any process opposing the plaintiff’s application despite being served with the plaintiff ‘s process.

In his judgment, Justice Saidu said:”Based on the failure of the defendants to enter a defence in this suit, I hereby enter judgement in favour of the plaintiff against the defendants jointly and severally as follows :
USD 3,286,629.92 being outstanding balance on the loan as at May 14th 2015.

The case file has been re-assigned to Justice Olawale Faji, who is yet to fix date for the hearing of the defendants’ application.