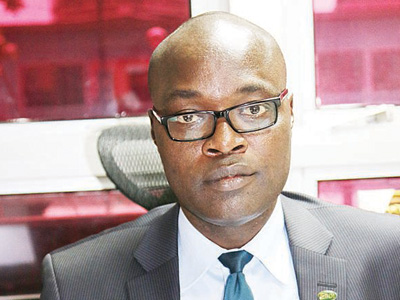 The federal ministry of finance has denied knowledge of a $3.5 billion fund allegedly kept and utilised by the Nigeria National Petroleum Corporation (NNPC) for fuel subsidy.

Mahmoud Isa-Dutse, permanent secretary, gave the ministry’s position when he appeared before the senate ad hoc committee probing the allegation in Abuja on Thursday.

Isa-Dutse’s claim appeared to corroborate Maikanti Baru, the group managing director of the NNPC, who restated the corporation’s denial that it had no such fund in its custody.

Abiodun Olujimi, minority leader of the senate, made the allegation at plenary on October 16.

Olujimi had alleged there was a $3.5 billion dollar “subsidy recovery fund being managed only by the GMD and executive director, finance, of the NNPC”.

But Isa-Dutse said the ministry was only aware of the outstanding payments under the old subsidy regime, being handled by the Debt Management Office (DMO).

“As far as the current fuel importation regime is concerned, the ministry of finance does not have any account it is operating,” he said.

“We are not aware of the alleged 3.5 billion dollar fund, and we do not maintain any subsidy fund account.”

The NNPC had earlier denied the $3.5 billion dollar subsidy fund claim in a statement on October 17.

The GMD explained that the agency was only utilising a revolving fund of $1.05 billion to defray the cost of under-recovery in the importation of fuel.

Asked by the lawmakers to differentiate between subsidy and the “cost of under-recovery”, Baru said subsidy was usually captured in the national budget, while the latter was not.

The $1.05 billion, according to him, is part of the NNPC’s operational costs.

He said the money was sourced from the corporation’s share dividend in the Nigeria Liquefied Natural Gas (NLNG) and domiciled in the Central Bank of Nigeria (CBN).

Baru explained that the action was in line with section 7 (4)(b) of the NNPC Act, which mandated it to defray its operational costs from its revenue.