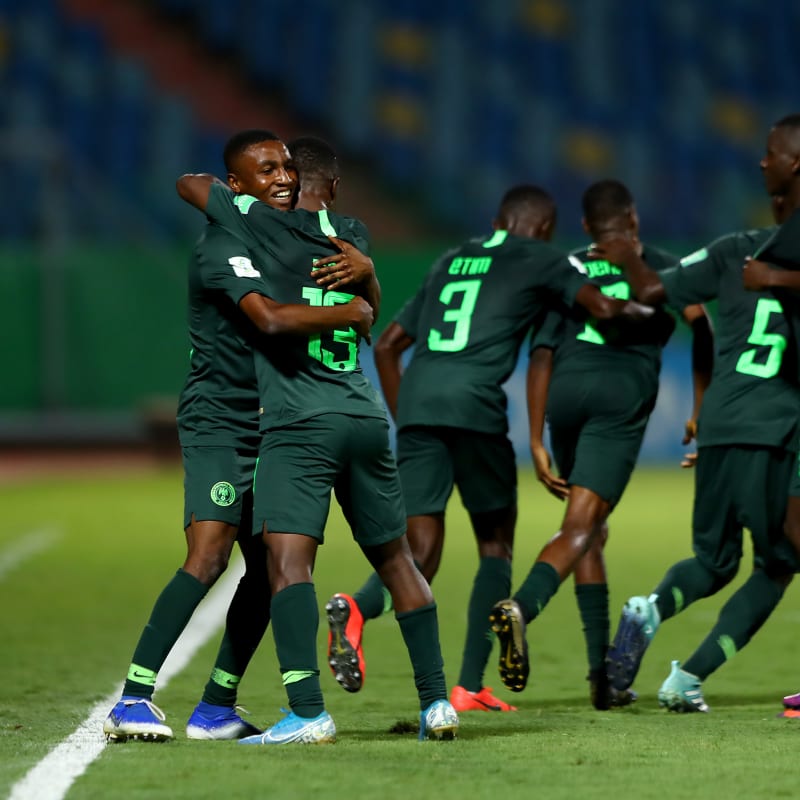 Nigeria’s Golden Eaglets Saturday began their chase for an unprecedented sixth FIFA Under 17 World Cup title in Brazil on a winning note.

Coach Manu Garba’s men showed tenacity as they came back from behind twice to outscore Hungary 4-2 in their opening Group B tie played at the Estadio Olimpico Pedro Ludovico.

Barely three minutes into Saturday’s duel, Gyorgy Komaromi shot the Europeans ahead but the Eaglets fought back and levelled the proceeding in the 20th minute through Samson Tijani who coolly converted from 12 yards.

Nigeria were behind again eight minutes later as an atrocious defending gifted by Samuel Major put Hungary back in front.

The game was 2-1 at halftime in favour of Hungary and the second half started with the Eaglets playing as if they were overwhelmed by the occasion.

The introduction of Akinkunmi Amoo and Ibraheem Jabaar in place of Monsuru Opeyemi and Wisdom Ubani in the 58th and 75th minutes provided the tonic with which the Eaglets got their groove back.

Usman Ibrahim would later grab the equaliser in the 79th minute before Oluwatimilehin Adeniyi and Tijani again in the 82nd and 85th minutes made victory certain for Nigeria.

Nigeria has shot to the top of Group B with three points from a game and they will trade tackles with Ecuador on October 29.