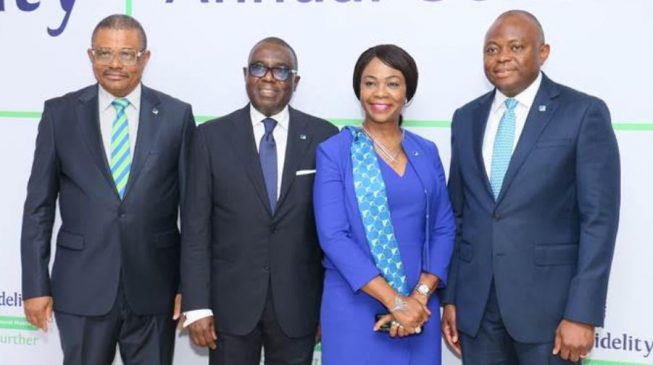 Nnamdi Okonkwo, chief executive officer of Fidelity Bank, says his organisation is on track to break into the league of Tier 1 banks by 2022.

Okonkwo gave this assurance on Friday during the 31st annual general meeting of the bank where the audited financial report for the year ended December 31, 2018, was presented to shareholders.

He gave indications that the bank is investing heavily in digital technology to help reduce cost and improve revenue.

Results presented by the bank showed that 25% of its fee-based income was realised from digital banking. In reaction to this, the organisation said it would introduce a digital lending solution and AI-Chatbots to spur growth in this vertical.

Dividend of N3.19 billion was approved for shareholders which translates to 11kobo per ordinary share of 50k held by investors at the close of business on April 12, 2019.

FG to compensate codeine manufacturers with N1bn for seized products