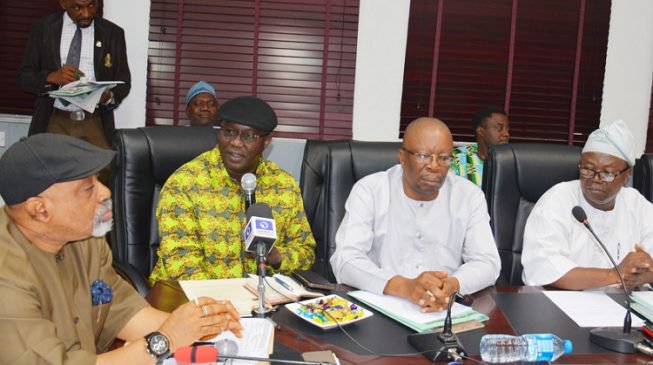 The federal government says the national minimum wage bill will be transmitted to the national assembly on or before January 23.

Chris Ngige, minister of labour and employment, made this known on Tuesday while speaking with journalists after a closed-door meeting with the leadership of organised labour in Abuja.

Ngige said the federal government and organised labour have signed a memorandum of understanding on the transmission of the bill.

“On the part of government, we are going to try to religiously implement all the processes that will enable us to transmit this bill within the stipulated time,” he said.

“We have a target time of January 23, and we hope that all things being equal, the executive will be able to do so.

“We will take on the statutory meetings of the federal executive council, national economic council and the national council of states to enable us to transmit the bill on the new national minimum wage.”

The minister, while commending labour for its cooperation and understanding, called for the withdrawal of the threat of industrial action, saying it was no longer necessary.

Ayuba Wabba, president of the Nigeria Labour Congress (NLC), said: “We have agreed that the agreement reached should be documented and it should be signed by government representatives and organised labour; we thought that is a more firm commitment.

“We believe with this, we can actually start following up the process; we have asked them to keep faith with the timeline, so that it will be concluded, as the minimum wage issue has been on the table for the past two years.

“We also thought that after having submitted the report and also drafted a draft the bill, by now, we expected that it should have been submitted.

“We will shift our lobby to the NASS because once the bill is enacted, the money will be in the pockets of the workers.

“The issue of industrial relations is always addressed at the roundtable. We have been diligent in the whole process and workers have been patient.

“So, we are committed to the process and hope that the timeline will be respected.

“We will put this across to our organs and give them all the details contained in the memorandum of understanding.”

I’ve been fair to south-east despite low votes I got from the zone, says Buhari