The JKF Campaign Office has reacted to the purported comment by Erelu Bisi Fayemi to the effect that the National Leader of the All Progressives Congress (APC) was alleged to be behind the alleged plot to kill the APC governorship candidate, Dr Kayode Fayemi, in the weekend shooting incident in Ado-Ekiti that hit a former member of the House of Assembly, Opeyemi Bamidele.

In a story trending on the social media since Saturday , Erelu Fayemi was mischievously quoted to have said:

“I know where the attack of yesterday came from.  The policeman who fired the shots came from Lagos illegally and I know the man who is charge of Lagos.

“Asiwaju never wanted my husband as candidate for Ekiti election and he demonsted that by supporting Chief Segun Oni.

“Segun Oni,  the candidate of the Lord of Lagos came second behind my husband and if they had succeeded with their plot to kill my husband yesterday,  their candidate would have been the beneficiary because it is only when a candidate dies that he can be replaced.

“But their plans to adopt the Abubakar Audu of Kogi State option here in Ekiti will fail.”

The JKF Campaign Office wishes to say that the Fayemis are familiar with this kind of propaganda couched in reckless lies to set prominent Nigerians against the family, including painting the family black to suffer public ridicule.

We know that Governor Ayodele Fayose and his co-called media men traffick in this kind of dangerous lies to smear the image and reputation of innocent people.

This is the same way Fayose’s media aide cloned an online publication to concoct a purported interview in a press conference in Lagos where the innocent Erelu Fayemi was criminally quoted as having described Ekiti people as a colony of hungry people even though the woman was no where near Nigeria when she purportedly granted the interview in Lagos.

The same way the same media aide wrote in 2009 that he saw a dead body hanging on a tree in Fayemi’s compound in Isan-Ekiti even though there was no single tree standing in the expansive compound.

We would not have reacted to this cheap lie by a fraudulent administration that wishes to succeed itself by lying against the man that Ekiti people want to lead them to have peace and prosperity back again in Ekiti, but our reaction is necessary so that a lie told too often is not construed as the truth.

At no time did Erelu Fayemi speak against Asiwaju Tinubu who is highly respected in the Fayemi family. Erelu Bisi Fayemi never made that comment and under no circumstance will she make that comment because she has a background of integrity to imbibe leadership values of discipline, respect, moderation and restraint incongruous with the allegations raised against her by Fayose’s crooked media men notorious for spreading dangerous lies in the media.

There is no reason whatsoever to make such comment, but we know that Fayose will stop at nothing to discredit the Fayemis to gain fraudulent support of the people in order to hold on to the reins of power in Ekiti State that he has turned to a trading post. 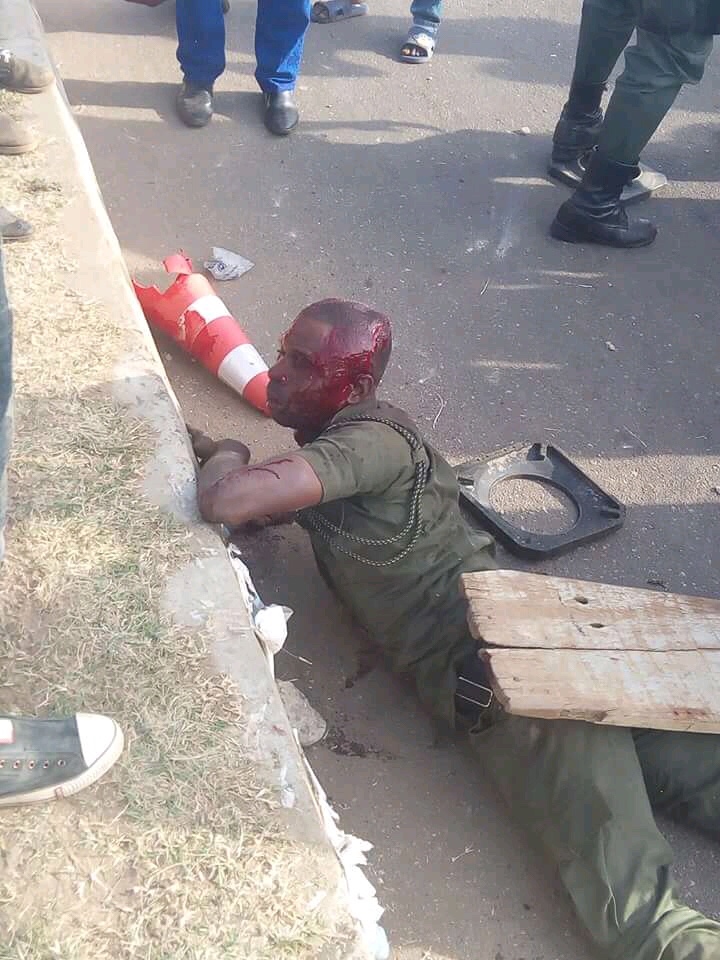 We know that Fayose has hit his largest and biggest jackpot in Ekiti State and he is not willing to let go that treasure that is so dear to him so that he can continue to enjoy his life in opulence while Ekiti people suffer.

His plot is to do maximum damage to the character and integrity of the Fayemis so that his crony can win the July 14 election to enable him continue his hold on the state’s treasury.

We enjoin Nigerians and peoples of the world to ignore Fayose’s devious plot to set Asiwaju Tinubu against the Fayemis who are leading the current rescue mission to save Ekiti people from the heartless and fraudulent administration that wants to perpetuate poverty in Ekiti State while its depraved leader and his family live in affluence.