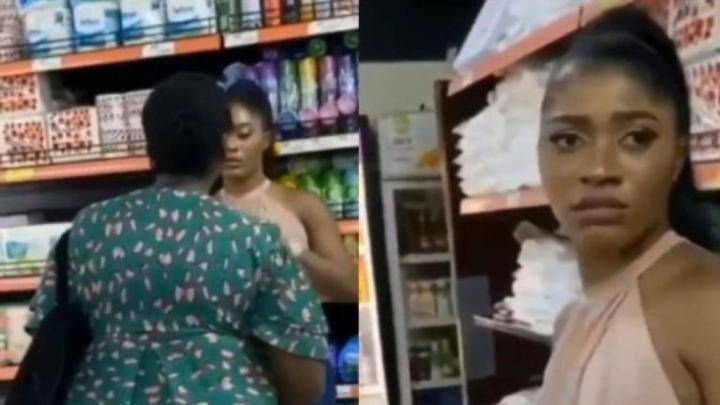 A video that surfaced online last week showing a married woman accosting a supposed side chick after her man has taken a dramatic turn for the worse.

It turns out that first not only is the lady, who reportedly just returned from the UK, is not a side chick to this lady’s spouse but the woman is now suing the married lady for ?100 million.

The video went viral causing a lot of upheaval on social media, cautioning married women to desist from attacking side chics in public spaces and taking it up with their husbands.