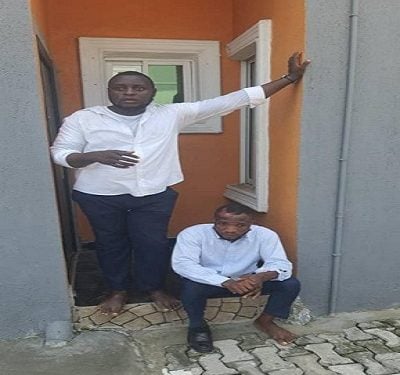 The Economic and Financial Crimes Commission (EFCC) yesterday paraded two men alongside a “Mobile Police Inspector” accused of impersonating its operatives in Lagos and extorting members of the public.

The agency’s Zonal Head in, Lagos, Ghali Mohammed Ahmed, who spoke in behalf of EFCC Chairman AbdulRasheed Bawa said the two-man gang and the officer were arrested at New Horizon Estate, Lekki, Lagos on Wednesday, “in the middle of an illegal operation to ‘serve’ a purported court order on an unsuspecting victim.”

Ahmed said: “The trio, Pascal Ugwu Chijioke, Sodiq Ibrahim Adekunle and Edwin Bassey, the Police Inspector, had posed as bona fide operatives of the EFCC, and stormed the residence of their target with all the paraphernalia of typical EFCC raid – armed with security back-up, fake branded EFCC jackets and EFCC identity cards.

“They, however, ran out of luck as the Commission, acting on a tip-off, swooped on them.

“Items recovered from them include the fake EFCC ID cards, the jackets, the purported Court Order touted to have emanated from Mushin Magistrate Court, a truck load of household properties belonging to the unsuspecting victim.”

He said the suspects had made useful statements and would soon be arraigned in court.

A source, who said the incident occurred in the estate in which he lived, told The Nation that “One of the fake officers tried escaping by jumping from a four-storey building but fell on the electric fence.”

Ahmed urged Nigerians to be vigilant and circumspect at all times.

“We need to be wary of the antics of this gang of impostors and to report any suspicious “operations” to the nearest EFCC office.

” Above all, we enjoin members of the public confronted with possibility of arrest, to demand for proper identification from arresting officers.

“They can also demand for arrest warrant, as the Commission does not embark on any operation without a Warrant. The operations of the Commission are usually in line with international best practices.

” Additionally, we will be counting on the media as stakeholders to also help in exposing the antics of these criminal elements.” 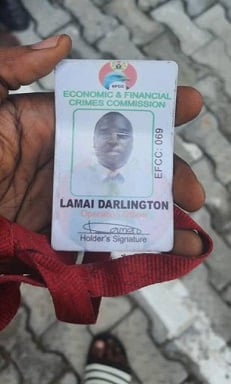 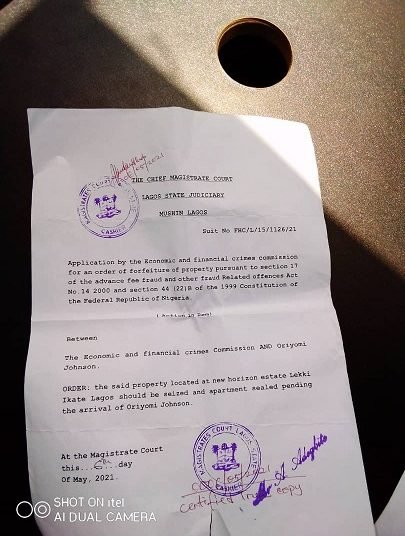