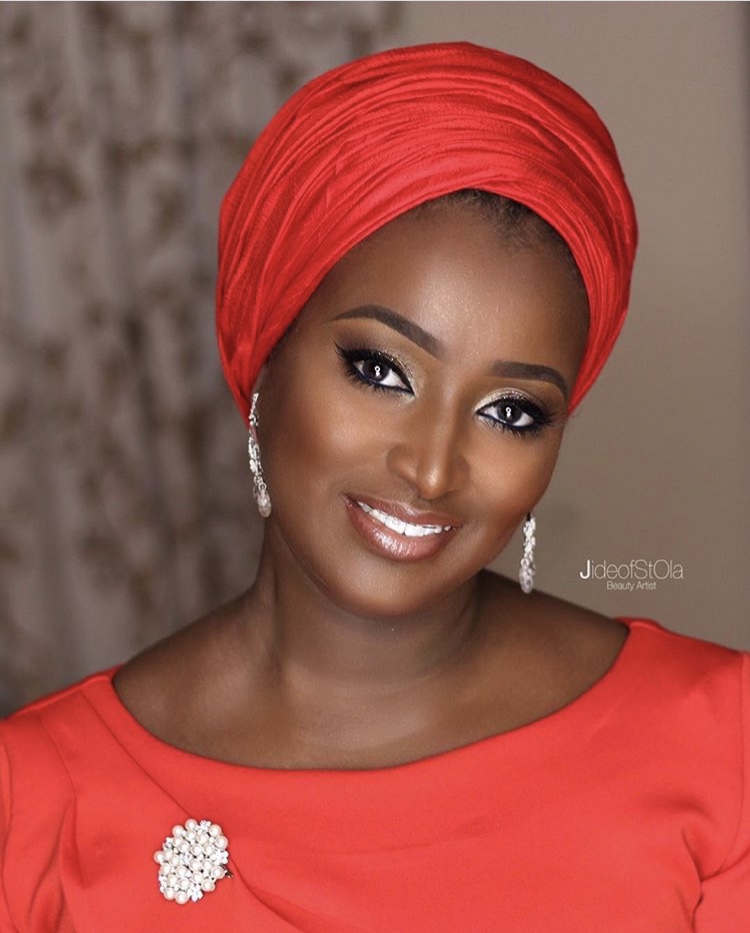 Negative reactions have trailed the recent post of the daughter of a Maiduguri, Borno State-born billionaire oil magnate and owner of Oriental Energy, Alhaji Mohammed Indimi, Rahama over her recent post on Instagram.

Rahama had, in the post, disparaged her estranged hubby, who is a son of former head of state, Ibrahim Babangida, Mohammed.

We have discovered in the course of our investigation that Rahama lied in her usual manner in her latest post on her Instagram page.

“Well, I won my case in Minna last year. But victory was short lived when Mohammed Babangida refused to accept his defeat.

“He brought his personal judge to hear the matter again in the same court instead of going to the Sharia Court of Appeal.

“I’m thinking since I’m done in Minna, I can finally move on with my life. Unfortunately, the case was re-listed. I told the court I’m not interested in doing the case. Lo and behold, the judge forced me to be the plaintiff, my lawyer said we are still not interested in the case.

“Fine, I’m forced to do a case that I know they have no jurisdiction over, against my will.

“Long short story, the judge said I’m not truthful because I have not a marriage certificate. What has customary law have anything to do with Sharia Law?

“This man changed the Sharia Law to fit to his client. He gave him exclusive custody of all the 4 kids.

“Mind you, Sharia gives my mum custody if I’m unfit to mother my children. Even, the two that are not within jurisdiction fa.

“Hey may God help our judiciary wo. Money talks and b””” shit works.

“I will continue to fight till my last breadth.

A concerned observer pointed out that Rahama is a drowning fellow that is coming up with conjectures when Mohammed refused to be blackmailed.

“When she, Rahama was dating the former Director General of the Department of State Security, Mr. Lawal Daura, she got the case moved to Abuja and her ex-hubby decided to  wait for the ruling to be given, but they never did for 25 days which is against the law.

“A petition was written against the judge to the National Judicial Council (NJC), which now suspended the man. Thereafter, the case was  relisted and continued,” he said.

Our facts check revealed contrary to her claims that Mohammed started the case in court.

“The first judge assumed jurisdiction and because she was dating Lawal Daura at the time, she had him redeployed and a second judge was brought in who now ruled that he had no jurisdiction (as she wanted).

“That cause of action was in Abuja and not Minna. How does this translate to winning a custody case?

“When they requested for a copy of his ruling and by law she is to provide within seven days.

“Surprisingly, she didn’t until 23 days later after 3 reminders. “Mohammed’s counsel immediately took this up as a breach of his rights and quickly got the case relisted and a third judge was given the case.

“So taking her story hook line and sinker is dangerous because of the deception therein,” said a source.

The source added that  Rahama and Mohammed have been to seven different courts during this period over the same matter.

Another observer stressed that Rahama is not serious, and that she thinks its the way she did the first one using Daura.

“You don’t fight a lost case on the social media. If you lose as a decent person and you’re not satisfied, you approach a higher court and appeal it just like Mohammed did without any noise.

“Mohammed now has full custody of the four children and if he decides to pursue this matter further, Rahama might go to jail because she actually took the two children with her out of the country without the knowledge of their father, and wait, for this, the father has the passports of the children, but Rahama through her connections moved them out of the country

“She’s now attacking the police and the judiciary she has been using before cause this case hasn’t gone her way,” said the observer.

Sources wondered why the children of Mohammed Indimi have become a ‘nuisance’ to the society.

They gave an instance of two of his daughters, who were rude to their in-law and wife of President Muhammadu Buhari, Aisha.

It will be recalled that one of Indimi sons married a daughter of the Buharis, Zahra.

Another instance of the recklessness of the Indimis was that of one of Indimi daughters, Ameena, who was sacked by their father from his company.

It will also be recalled that the United Kingdom’s Serious Fraud Office, recently said that two former top executives of a collapsed oil company, Afren Plc, owned by Mohammed Indimi, were sentenced to up to six years in prison after they were found guilty of fraud and money laundering offences over a $300m business deals in Nigeria.

Afren, an oil and gas exploration and production company once valued at $2.6bn on the stock market with operations in Nigeria, collapsed into administration in July 2015 after it was unable to service heavy debts.

The SFO, in a statement on its website, said Osman Shahenshah and Shahid Ullah received a total of 30 years for fraud and money laundering offences they had committed while they were chief executive officer and chief operating officer of Afren, respectively.

It noted that the men were found guilty at trial earlier this month for a scheme they created to profit from business deals Afren made with its Nigerian oil partners, without the knowledge of the board of directors.

Osinbajo, Tinubu, Others To Attend “Association of Friends” 40th Anniversary