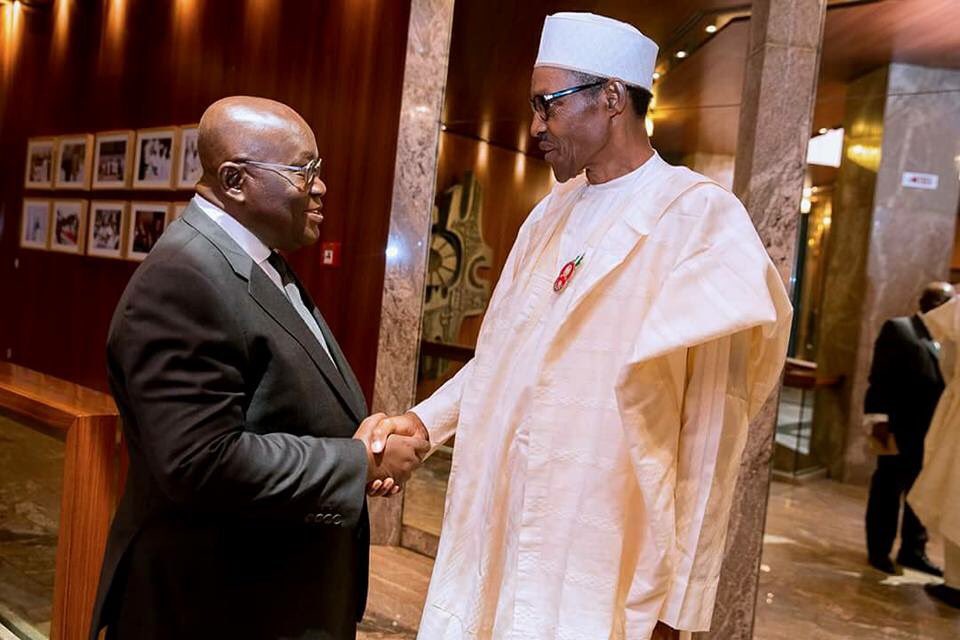 The Federal Government of Nigeria has raised an alarm over threats by the Islamic State of Iraq and Syria (ISIS) to attack commercial flights in the country.

This was contained in a letter with reference number H/150/S.91/56 and dated 25th May,  2018 issued from the office of Secretary to the Government of the Federation (SFG) in Abuja.

The letter with the title, “Islamic State of Iraq and Syria Threatens To Attack Commercial Flights” was signed by O. M Olaoke,  fdc on behalf of the Secretary to the Government of the Federation, Mr.  Boss Mustapha.

Giving directives to officers of the Nigerian Customs Service via a letter dated 13th June, 2018 with reference number NCS/T&T/I&E/021/S-112, which was made available to First Weekly, the Comptroller General of the Nigerian Customs, Col. Hameed Ibrahim Ali (Rtd.) ordered his men to be more vigilant at the nation’s airports henceforth, while making reference to the letter from the office of the SFG.

In the letter titled, “Re-Islamic State of Iraq and Syria Threatens To Attack Commercial Flights” and signed by the Assistant Comptroller General (Tariff and Trade) of the Nigerian Customs Service on behalf of the CG, customs officers were ordered to intensify screening of “ALL passengers and luggage, including other measures you may deem fit to forestall any potential security breach as directed.”

It was stated in the letter from the SFG that available report reveals that Al-Abd al Faqir Media, a pro-Islamic State of Iraq and Syria (ISIS) media outlet,  on 26th April, 2018 warned that ISIS plans to attack commercial flights and bring “bloodshed to the skies.

The letter read further that the warning, which was issued in English,  French and Arabic was distributed by telegram and other online fora and was accompanied by an image of a clean-shaven, dark-haired white man sitting on the aisle seat of a flight with a knife in his hand.

According to the letter, “Statements from ISIS affiliated media groups such as Al-Abd Al Fair media are often used to advise followers on new attack methods, and targets.

“The image of a white man with knife in his hand suggests that the attack could be carried out with all knife as was the case in the US in 2001.

“It would be recalled that ISIS claimed responsibility for the explosion and death of all two hundred and twenty four (224) passengers aboard the Russian Metrojet flight 9268 shortly after take-off from Egypt’s Peninsula in October,  2015.

The letter revealed that Al-Muhajir had criticised “apostate governments” in the Middle East countries such as Saudi Arabia,  Egypt, Syria, Iran and Palestine as well as the Taliban in Afghanistan, reiterating that holy war was the “only way forward.”

The SFG said further in the letter that the ISIS appears to be re-strategising  with more focus on the Middle East and Asia, following the loss of its territory in Iraq and Syria.

He added that although Africa appears not to be on ISIS immediate focus, but that the return to Africa of former ISIS fighters from Iraq and Syria as well as the existence of ISIS-linked groups such as the technically-suave Abu Musab Al Barnawi-led Boko Haram faction calls for increased vigilance in the aviation sector to counter possible new strategies in the ISIS terror campaign.

“From the foregoing point, rigorous vetting of airline personnel and screening of passengers as well as increased vigilance on restricted areas at airports are advised.

“I am directed to forward for information and necessary action, please,” the letter read.