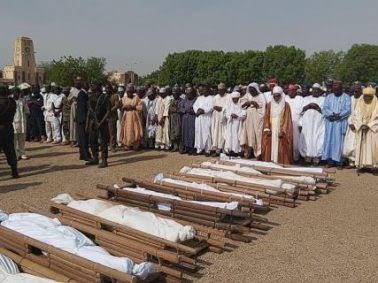 The ancient city of Kano has recently been the centre of so many high profile deaths in the fallout of the COVID-19 pandemic.

Today, the city reportedly witnessed the death of as many as 13 heavy weights, without a confirmation as to what led to the deaths.

The rumour mill has been rife that the casualty figure in the last one week could be as high as 600,though unconfirmed, but the talk in town is about the outbreak of coronavirus in the state.

Over 600 people have died in Kano so far, these are just known personalities who died with others today in Kano state