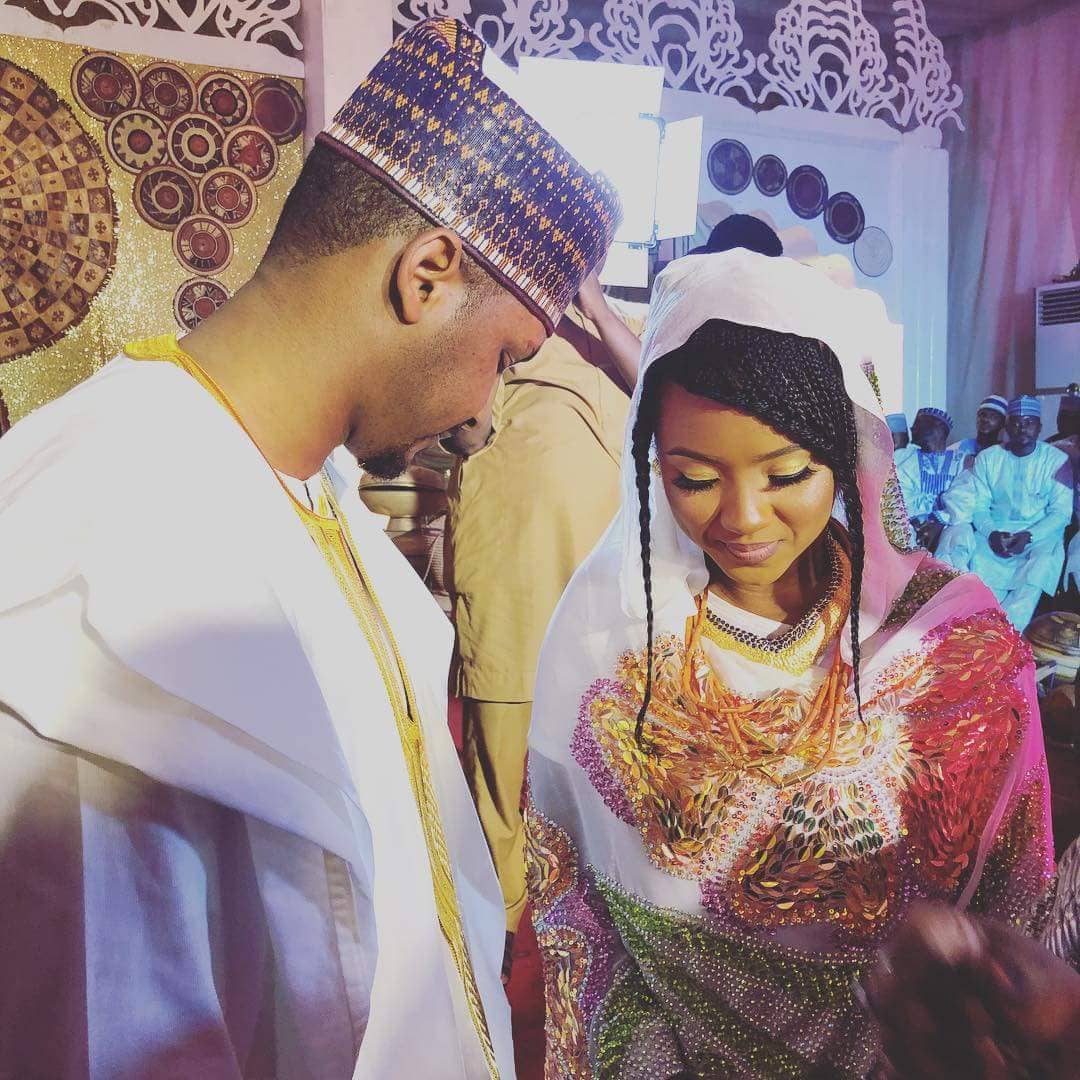 Those, who came across the message wondered how Rahama, whose marriage to the first son of former Nigerian military president, Gen. Ibrahim Babangida (rtd.), Mohammed Babangida ended in a divorce after serious marital acrimony.

It will be recalled that all efforts made by the Babangidas to save the marriage that produced four children, failed woefully as Rahama reportedly insisted on going her separate way.

Rahama packed out of her matrimonial home even, when her husband and her in-laws were trying to settle the marital rift between her and her estranged husband.

So, it was a big surprise to followers of events to read a message posted by Rahama on her instagram page advising Hauwa to be a good wife, thus breaking the silence of the Indimis over the controversial relationship.

According to an observer “Lol, Rahama was even advising Hauwa on marital life, that she should never go to bed angry, that communication is key. Why didn’t Rahama herself, employ this, whilst married to Mohammed Babangida.”

They told her to mend fences with her husband and re-unite with her children rather than turning herself into a nuisance on social media.

Observers and commentators consider most of the postings of some of the Indimi’s girls on social media as irresponsible and unnecessary show of wealth and affluence, wondering why the Indimis could not behave themselves. 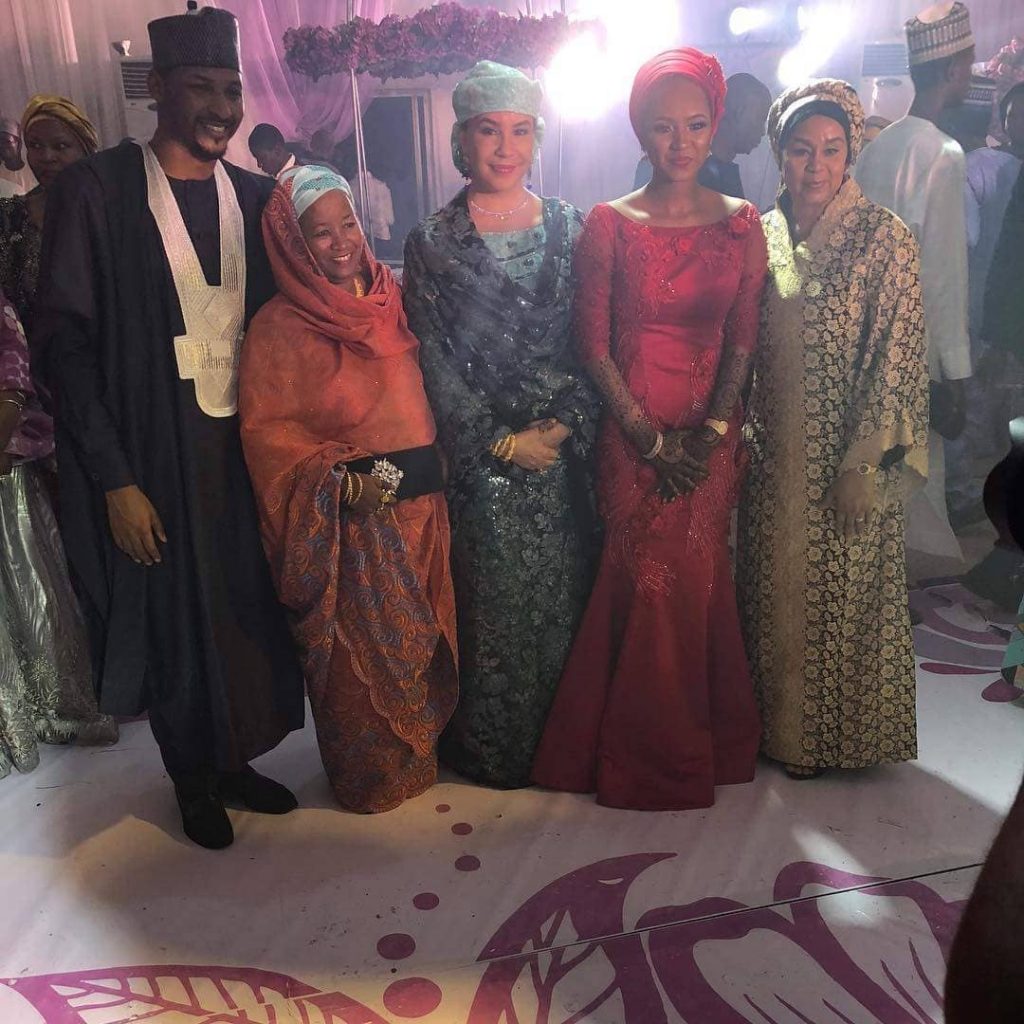 Rahama was particularly chastised and pointedly told that she was the least competent to give marital advice to anybody.

Rahama had expressed how skeptical she was, when she saw the pre-wedding pictures, not wanting to post it yet until it’s close to the wedding.

She wrote on her instagram page that; “My dearest baby sis, when you sent me these lovely pictures I wasn’t sure to post it immediately or wait til the last minute (as I didn’t want to jinx it) I wish you all the best and happiness you can get out of your union. You have always been a good and quite young lady. Always listening to advise and making use of it. Well my advice for you is never go to bed angry, communication is key and he is always right obey and respect your husband. Do not tell anyone your issues. Be the best person that I know you to be. Always here for you I love you to the moon and back. May Allah bless your union. Ameen yarabb.”

Observers wonder why Rahama did not observe all these virtues, while she was still married to Mohammed Babangida, who they said did all he could to save the marriage, but that Rahama “messed the

whole arrangement up, leading to the total breakdown of the marriage that produced four loving children,” said an observer, who gave his name as Charles.

It was also surprising to those, who know the story of Rahama, to see her congratulating her daughter, who lives with the Babangidas on her birthday on the social media.

They were surprised that Rahama could not visit the baby at home “if indeed she didn’t have anything to hide and if she has good records with her ex-in-laws.”

Rahama had wished the young girl a happy birthday on the social media to the surprise of watchers of events.

An observer had reacted to her post on the social media this way,  “Happy birthday to the cute little girl. She surely looks like you.

“But Rahama, have you ever explored the possibility of seeing her rather than this social media stuff? I remember you  went through this online last year. These kids were borne out of love, why the fight in the first instance?

“Custody fight have always been anything but palatable to kids.

As someone who knows about that home,  you walked away from it and you were not sent packing.

“The doors to your kids are wide open to you and you know what to do to have unfettered access to them.

Hauwa’s engagement to Mohammed Yar ‘Adua had reportedly been met with mixed reactions from her sisters.

Aside Adama Indimi, who just returned from Hajj with Hauwa, that was everywhere to make sure things went well, most of the Indimi sisters were silent about the wedding.

Adama was the first to release alluring pre-wedding images of the couple on the social media, while others ignored and continued to mind their respective businesses, which was quite unlike them.

The wedding plan created some bad blood among the sisters as they were polarised in support for and opposition to the wedding.

Indications of an imminent hostility among these siblings emerged in March this year, when Hauwa got engaged with Mohammed.

Many people have thus concluded that the Indimis should go to the school of marital studies, as according to them, “all their marital moves are unbecoming of people from a rich home. Mohammed Indimi should do more to train his children as they have become an embarrassment to the society,” said a family source.

More pictures from the fathia ceremony; 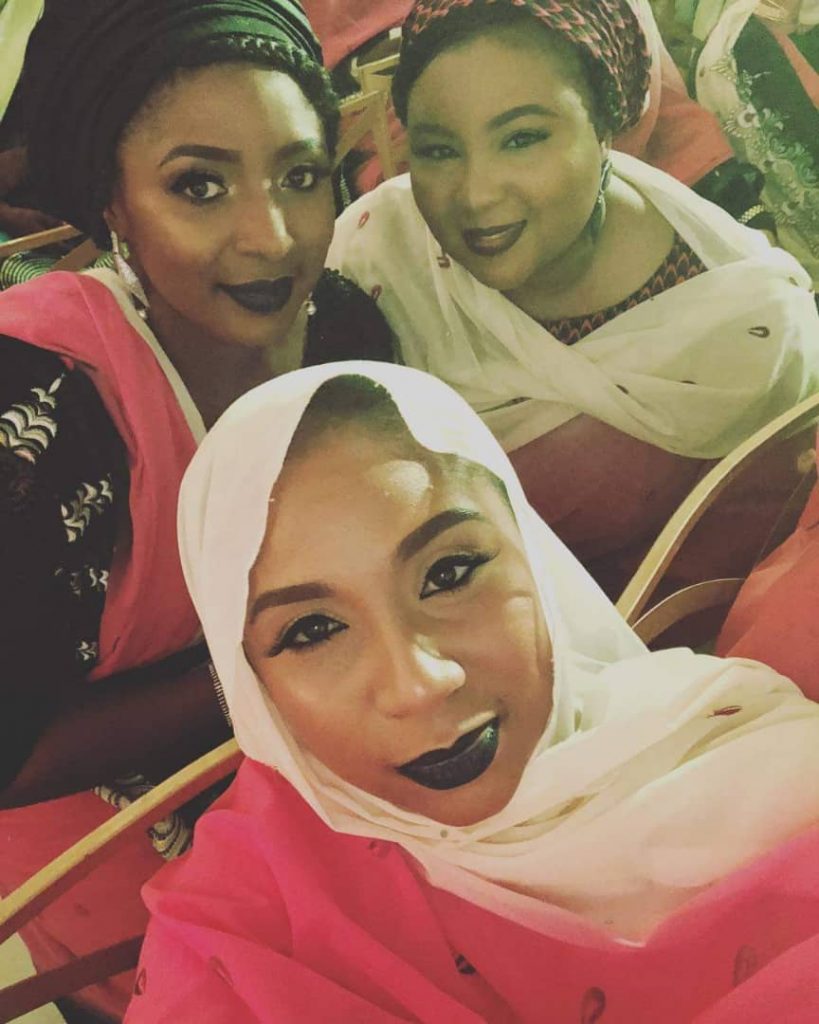 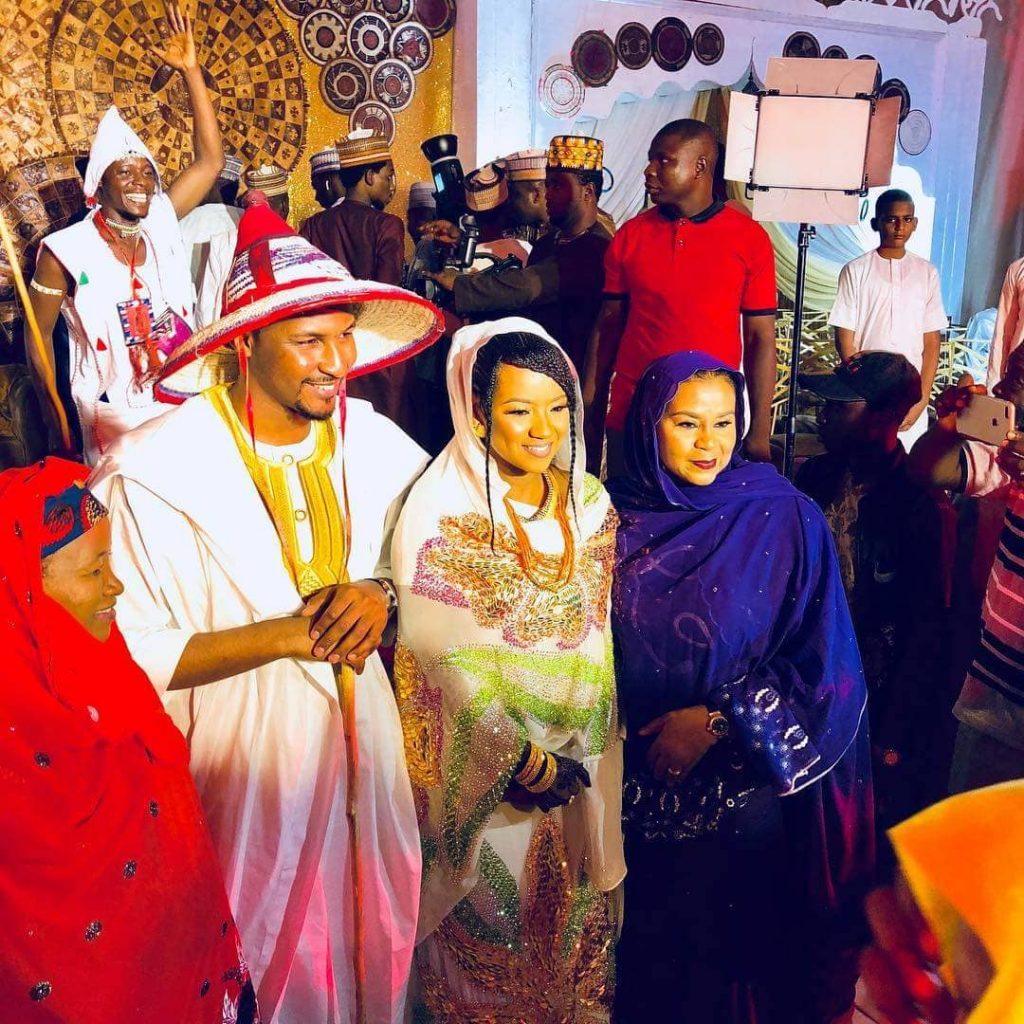 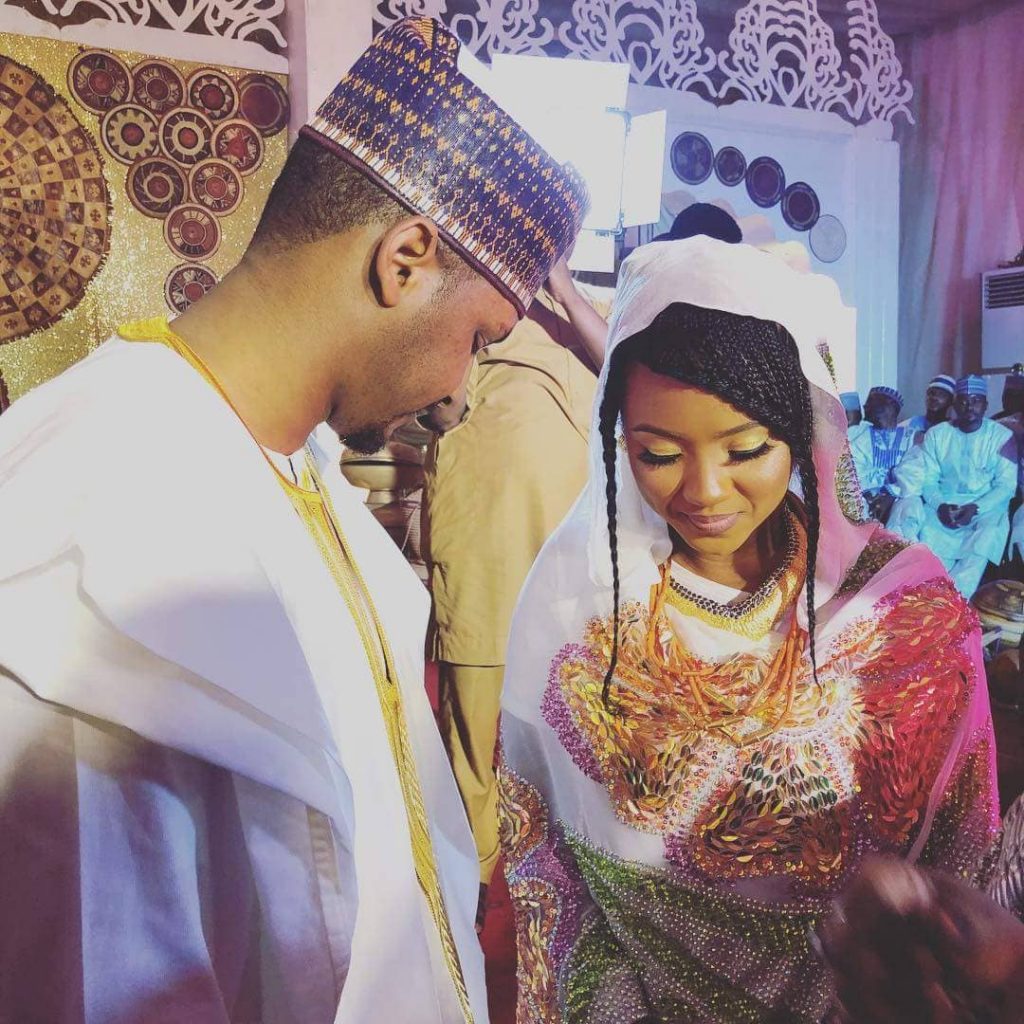 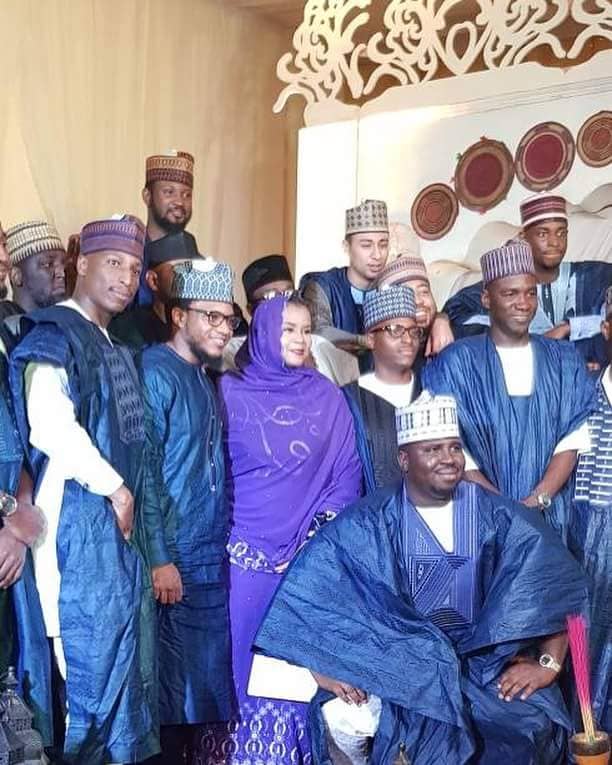 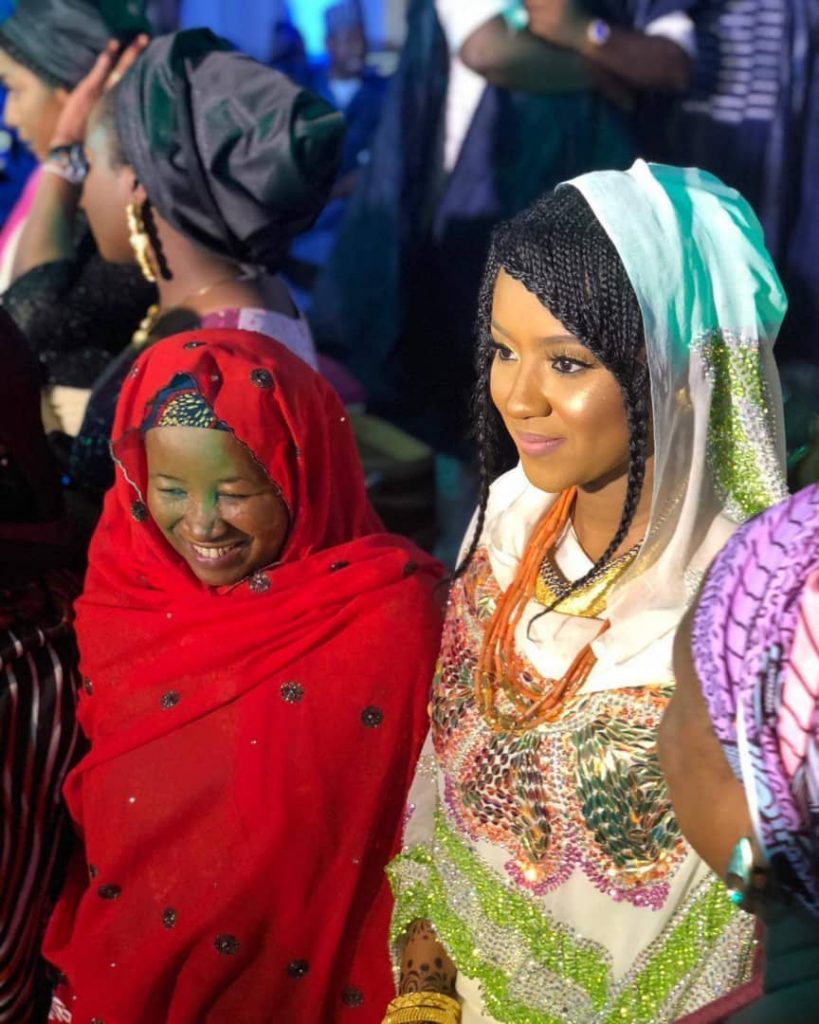 Bride and her mother

Buhari’s son-in-law, Ahmed, slams follower who attacked him for posting vacation photos while Nigeria is in crisis

Exclusive: Scenes from the wedding fathia of Hauwa Indimi