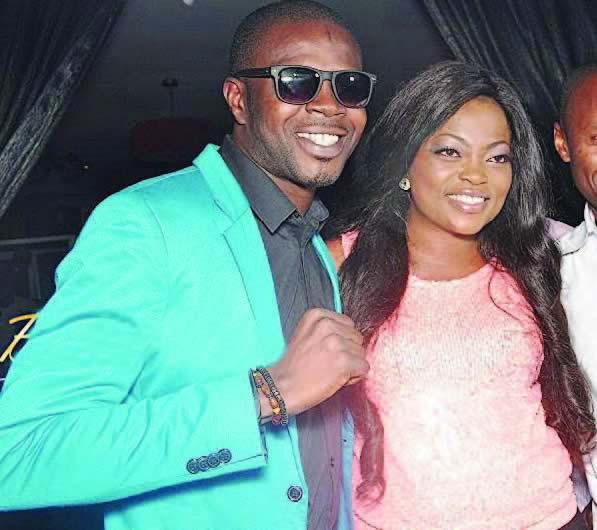 The last may not have been heard over the new status of the recent wedding fanfare courted by famous actress, Funke Akindele a.k.a as close sources to her money bag ex-husband, Kehinde Oloyede Almaroof have disclosed that, the fulfilled actress might be sitting on a keg of gun powder.

According to the information that filtered out of the Kehinde Oloyede’s quarters, Funke’s attempt to accepting to wear another man’s ring when she hasn’t perfected the divorce is tantamount to fooling and ridiculing herself, ‘’at her level of education as a law graduate and understanding of issues in this society, she should know better that no one does that, you’re still legally married to someone and no legal effort has been taken so far to dissolve the marriage you contracted years ago, you scampered at another man, celebrating another marriage, she’s just a confused joker’’, the source lampooned at her.

Further enquiries from the source as to what the stand and mood of the ex-husband is regarding Funke’s new marriage, we gathered that, the man has been laughing aloud at her foolishness, in fact, he was quoted to have said, ‘’Ile L’apoti n J’oko o Dedi’’ meaning he’s watching what she’s up to.

Kehinde that I know has not left Funke, in fact it’s an interesting season film that will stand the test of time, even though he had the intention of divorcing her before, with this, she’s in for a sucker punch, the duo is just fooling themselves and will end up washing their dirty linens in public, the source quipped.

It would be recalled that, the successful actress and producer of the popular comic series, Jenifa Funke Akindele had sealed another love relationship on her 40th birthday with comedian and musician, JJC in a secret location in the United Kingdom and in a daring move, Funke had changed her name to Funke Akindele Bello, with new initials-FAB.

The Return Of Actress Funke Adesiyan