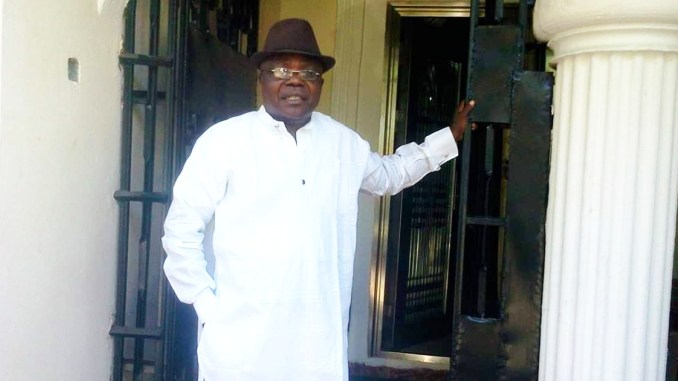 Former Commissioner of information and Special Adviser to Governor Ben Ayade on Biodiversity, Mr. Edet Okon Asim, is currently cooling his heels in police custody for continuously defiling an underaged girl for about three years in Calabar.

Vanguard learned that the girl who was about 12 when the defilement started was “forced” into aborting twice for Mr. Asim with consent of her mother and this has led to a puncture of her uterus while carrying out a third abortion .

Findings by Vanguard show that the girl’s mother one Mrs. Stella is also a mistress to the former Commissioner of Information ,Mr. Asim and had approved the unholy relationship between her daughter and her lover (Mr. Asim).

A source who pleaded anonymity said that Mrs. Stella was married to a popular Calabar based pastor who was a good friend of Asim and bore two children for the deceased man of God.

“Since the death of the pastor, Mr. Asim has been “helping” the family and is their benefactor for years now. Immediately the girl started maturing, he took interest and started sleeping with both of them (daughter and mother)

Vanguard also learned that the victim, who is a student of the Federal Government Girls College, Calabar was reportedly cautioned by her mother not to divulge any information while collaborating with the randy ex -mayor.

WHAT BROKE THE CAMELS BACK

Speaking with Vanguard, Principal Counsel, Basic Rights Council Initiative, BCRI and Child’s Right Activist, James Ibor said the third abortion for the former commissioner of information, Mr. Edet Okon Asim was poorly carried out and by a quack too.

“The former Mayor of Calabar and Special Adviser to Gov Ayade has been sexually abusing the girl for many years even before she became a teenager .But the third abortion on the victim exposed the unholy act.

“From the examination that has been carried out so far, preliminary results have shown that the girl’s uterus has been partially perforated and she may likely not be able to conceive again.

According to him:”Her teacher(the victim’s) discovered and shared the story on a Whats App page where rights activist and the founder of Project Alert, a non-governmental organization NGO, which specializes in handling such cases, Mrs. Josephine Chukwuma, is a subscriber and she called us.

“We had to investigate and informed the police that led to the arrest of Mr. Asim and Ms. Stella and we have received several calls from various powerful people to step down the matter but the crime is against humanity, the girl needs to be protected.

“We are on top of the matter and we what to get all the facts of the case so to charge the matter to court, we are leaving no stone unturned because the law must take its cause. It doesn’t matter the figure or whose ox is gored justice must be served ,the law must prevail,” she said.