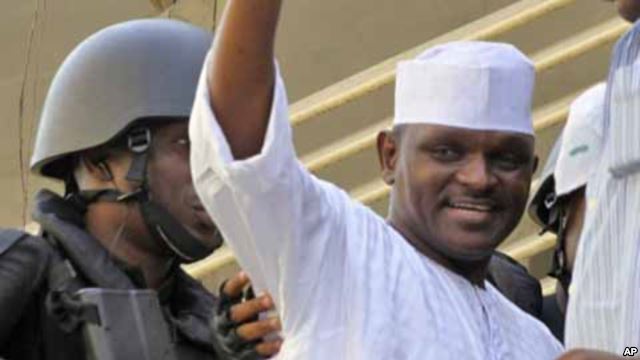 In Nigeria, we have adopted the liberal model of democracy that places emphasis on electoral competition in a high context of inequalities that is, individual or group? An authoritarian state such that people vote without choosing, and when they choose, the only option for them is to choose one of the oppressors, who pose as genuine leaders.

At the moment, it looks like our politicians are not ready for democracy or military dictatorship, so they have gradually settled for political dictatorship. It came as no surprise that our people have been deceived into believing that only an authoritarian leader can govern our dear fatherland.

Thus, the nomination of retired military generals, who have dived into politics. It is pertinent to ask; “why do these retired military men want to continue to rule?” The answer lies in the fact that the military loves power which stems partially from their love for wealth and partly from its self-image as the custodian of the independence and corporate existence of the country.

The Chief Security Officer (CSO) to the late head of state, General Sani Abacha, retired Major Hamza Al-Mustapha recently emerged as the presidential candidate of the Peoples Party of Nigeria (PPN). What a dilemma for the people of Nigeria, having to make a choice amongst these ‘undesirable” ex-military chiefs.

What qualifies Al-Mustapha as a presidential candidate? What humanitarian work has he done that can be pointed out by his local government area, his state of origin or even Nigeria as a nation ? They are riding on the old popularity as well as the history of unforgotten horrendous crimes committed by him as the head of “The Strike Force” team during the regime of General Sani Abacha from November 1993 to June 1998.

The many atrocities perpetrated by these him and his men were not limited to murder, sexual assaults, corruption, money laundering and torture of anyone who crossed their part, they did more than these. Perhaps, the most popular of their crimes was the successful murder of a wife of the late acclaimed winner the June 12, 1993 Presidential election, Chief Moshood Abiola, Alhaja Kudirat Abiola. However, some “underground” crimes such as sexual assaults of some kidnapped girls picked at random, who were later brutally maimed or even killed fiddled into oblivion. There was a survivor whom has been presumed dead, but who lived and kept mum about her rape by these “Strike Force” her name is Olamide Popoola.

She was only 17 years old, when she was abducted at gunpoint on Lagos- Abeokuta-Expressway. Her father late Alhaji Abiodun Popoola, was a popular kind-hearted man around Agege area of Lagos. He catered for the poor, and was always ready to help anyone who goes to him for help. It only fortunate that year that his daughter only fell into coma and was presumed dead when she was dumped off on the roadside by these gun men.

Rumour later had it days later that the poor girl was a victim of “rape and leave no trace” as was the habit of the “Strike Force” and her parents were able to shield her by never going public over her experience. This was usual happening in Lagos back then and it happened one too many. If you are lucky, you could still be alive to tell the story.

Unfortunately, it’s was dangerous to report such crime at any police station and victims will not get justice because it was the military regime of government and power was well abused then. These men were intoxicated with power and were answerable only to the president.

Major Hamza Al-Mustapha was sentenced to death by hanging, but was discharged and acquitted of all crimes by an Appeal Court on 12th July, 2013 for lack of evidence that could implicate him in the murder of Kudirat Abiola. Witnesses simply have no guts to show up.

Our ex-military men have ridiculed Nigerians to believe that any ex-prisoner could stage a comeback to become the next president after citing the example of former President Olusegun Obasanjo, who was democratically elected as president and ruled from 1999 to 2007.

Has this become a trend that men who have been convicted of crimes against the society should now be sworn-in as its protectors? When a crime is committed, and the criminal is locked away with other decadents of the society, the prison system mixes all sorts of men together, from murderers to thieves, all in a bid to keep our country safe. When you break the law, you have no business enjoying the rights that otherwise had been at your disposal had the crime not been committed.

The qualities that make a good president include, but not limited to the following; a strong vision for the future of the whole country, an ability to unify the tribes and people of a country, while dealing with every man in honesty and integrity, an effective communicator, who has courage to make unpopular decisions, capable of effective crisis management, respectful, confident, possesses excellent persuasion and negotiation abilities, compassionate, and upright, just to mention a few.

Looking at the qualities a leader should have to resuscitate Nigeria from the depth of its present calamities, is Major (rtd) Hamza Al-Mustapha qualified? Does Al-Mustapha have the ability to lead Nigeria out of her present predicament? Is he the kind of leader this country deserve in the 21st century? Is he even sound enough, is he compassionate or amiable to chart a new course for the country at this critical period?

These are the billion questions all Nigerians should ask as we prepare for the polls in the general elections slated.