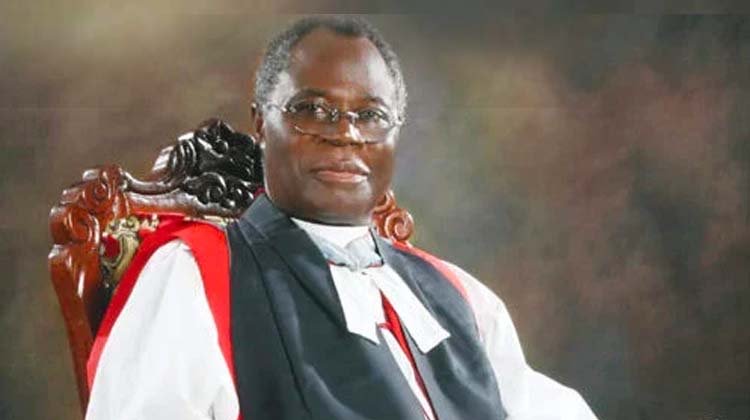 The pioneer Bishop of the Anglican Diocese of Lagos West, Peter Adebiyi, is dead.

According to a statement on Friday by his first son, Adeboye, the retired bishop died at about 10:15pm on Thursday after a brief illness.

He joined the league of those who battled the military in the post-June 12 annulment years.

This earned him the tag, ‘NADECO Bishop.’

He was a regular face in the media calling government to be sensitive and respond to the critical questions in society.

The family statement titled, ‘Bishop Peter Awelewa Adebiyi joins The Saint Triumphant,’ read, “The pioneer Bishop of the Diocese of Lagos West, Church of Nigeria, Anglican Communion; The Rt Revd. Dr Peter Awelewa Adebiyi has gone to be with the Lord. He died 10:15pm on February 10, 2022, after a brief illness.

“Adebiyi was bishop of Lagos West Anglican Diocese until 2013 when he retired having clocked the mandatory 70 years retirement age.

“Born on April 27, 1943, to Chief  Samuel Ogunmola and Madam Alice Fatinuwe Adebiyi (of blessed memory) both from Osi-Ekiti, Ekiti State. He was made deacon in 1970 and priested in 1971.

“He lectured in the University for many years before his call to the ordained ministry. He started his career as a priest at the Holy Trinity Anglican Church, Ilawe Ekiti.

“In 1999, Bishop Peter Awelewa Adebiyi was translated to the See of the Diocese of Lagos West.”

According to the statement, Adebiyi was burdened by the socio-political challenges in the country and was actively involved with progressive forces to enthrone democracy and good governance.

“Burial arrangements will be announced later by the family,” the statement concluded.

Adebiyi’s successor, Bishop Olusola Odedeji, also announced his death in a message to members of the Diocese on Friday morning.

He wrote, “Good morning brothers and sisters. It is sad and heartbreaking to announce the home call of our patriarch and hero, Papa Peter Awelewa Adebiyi, a few hours ago.

“May his industrious and loving soul rest in perfect peace. May God console us all.”