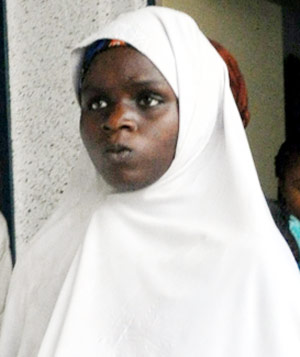 Ese Oruru, the 14-year old girl, allegedly abducted from Yenagoa and taken to Kano, on Thursday gave birth to a baby girl at the Government House Clinic in Yenagoa.

Charles Oruru, Ese’s father, said in a telephone interview that his granddaughter and daughter were in good health.

“Ese delivered a bouncing girl and she and the baby are in good health, I just left the clinic where I went to see them,” Mr. Oruru said.

Ese was allegedly abducted by one Yunusa Dahiru and taken to Kano.

Mr. Dahiru was on March 8 charged with abduction, kidnapping, unlawful carnal knowledge and sexual exploitation by the Police.

Mr. Dahiru, aka Yellow who had pleaded not guilty to the charges levelled against him was granted bail to the tune of N 3 million and two sureties

He has remained in prison custody following his inability to meet the bail conditions.