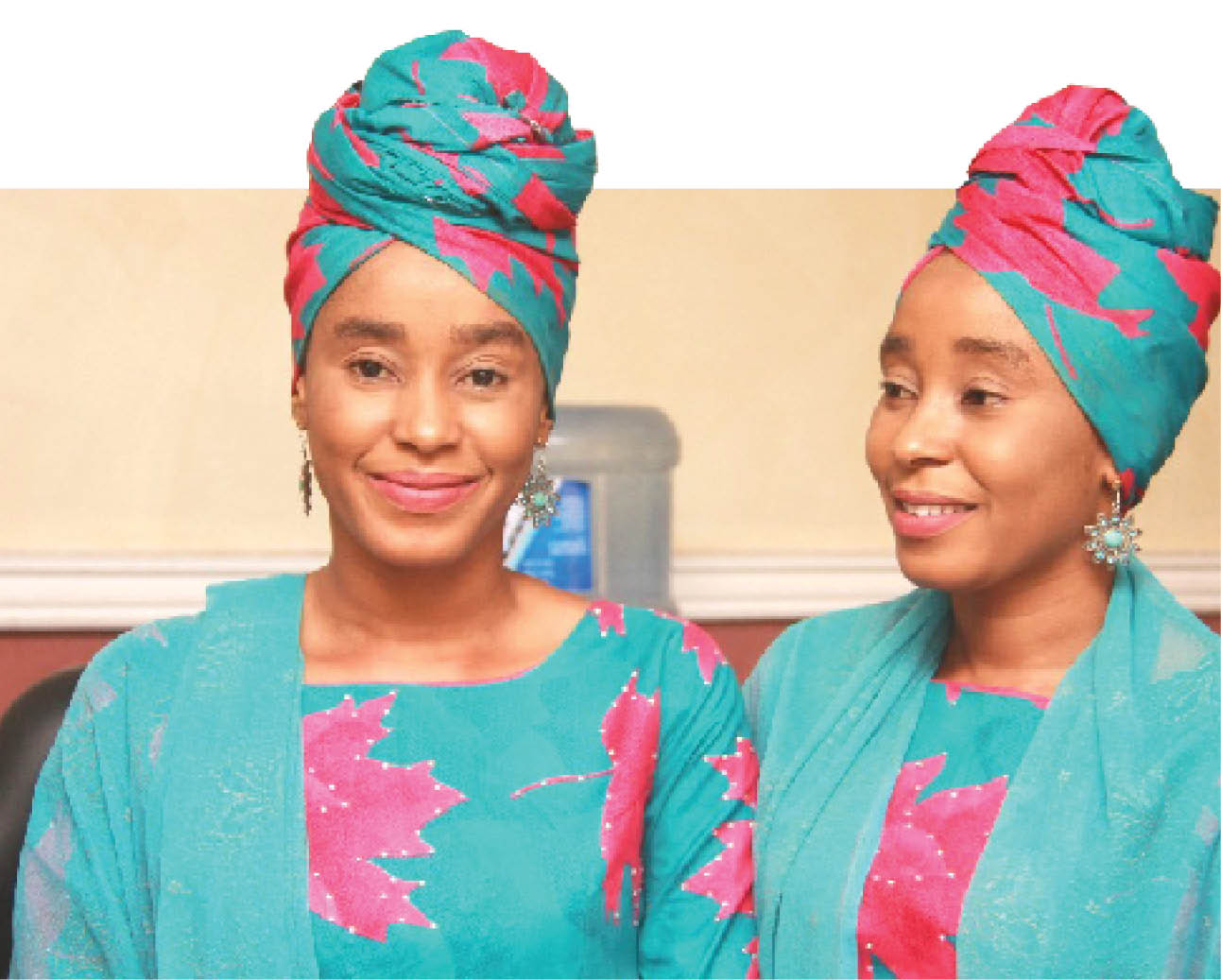 Busari Faiza Taiye and Busari Hamidah Kehinde are economists by profession and politicians by vocation.

They were born into the family of a prominent Islamic scholar, the late Shiek Adam Abdullah El-ilory (RTA) and the household of Hajiya Halimah and the late Alhaji Musa Busari, a quintessential journalist. They were born on April 3 in Cairo, Egypt. Popularly called Buhari twins, the young women, who hold masters’ in Peace, Conflict and Strategic Studies and are looking forward to furthering their studies to PhD level, spoke with Daily Trust Saturday.

Why are you called Buhari twins?

Faiza and Hamidah Busari: Well, we are called the Buhari twins basically because we have been part of the struggle for as long we can remember. We have consistently advocated and voted for him. We took part in his programmes till the day he was announced as president. Besides, we are the most photographed twins with President Muhammadu Buhari in Nigeria; nobody can take that title from us.

So we have been around Mr President for a while that we see him as a father. Since 2007, we have never supported or campaigned for anybody apart from President Muhammadu Buhari. The only reason we came into politics is because we share the same ideology as President Buhari. So that is why people are calling us Buhari twins. And it is a name we cherish and appreciate.

With the kind of support you have been giving President Buhari, many would wonder why you are not in the Villa.

Well, in the first place, the plan was not to be in the Villa, it was to get PMB into the Villa; and we thank Allah that we and other Nigerians have successfully done that. Everyone cannot be in the Villa.

You are very visible politically, how did you start?

Early in life, aside the leadership positions we have held in secondary school, we have not really paid keen interest in politics. As young people growing up, our family was not into politics. We come from a known line of Islamic scholars. Even as young people we have always registered and voted because we have taken interest in what is happening in our country.

There was lack of accountability; and things were really taking the turn for the worse. Along the line, we listened to the speeches of President Buhari and we decided that he was the man for the job. We felt that with his integrity he could be trusted. Because we share the same ideology, we started getting endeared to him. He fitted into our lifestyle and what we believe in. We are glad that we have been part of the movement for change.

As politicians, do you see your status as twins as strength or weakness?

For us, being twins is a strength; we never for once saw that as weakness.

Do you have moments when you both disagree on political issues?

Luckily for us, we didn’t indulge much in local politics, so we have the same ideology. We always think in the same manner and perspective, so we are united in the struggle. We wanted change and nothing ever contradicted that, so we didn’t have that issue all throughout.

Are you planning to run for political office soon?

We don’t have plans to do that soon; we still feel it is too early. We want to be able to build a career and gather some more experience. Probably, when the time is right we will come to that decision. But right now, we want to be in the engine room, supporting politicians who have integrity and good intentions for our country. We shall continue to support anyone with good intentions of moving this country forward.

In so many different ways, but then, we can assure you that we are more similar than different. In totality, we are maybe 90 per cent similar and 10 per cent different.

How did your parents take the news of you becoming politicians?

In everything we do in life, our parents always support and pray for us. There was no issue at all. We had their blessings and prayers. But they always tell us to be true to ourselves, honest and to pray and seek Allah’s guidance in all our endeavours and try to imbibe the traits that have attracted us to President Buhari, which are integrity, honesty and the  love for our beautiful country, Nigeria.

If you were not into politics, what would you have been doing?

We are into a lot of things, aside being politicians. We are analysts and fashion designers. We belong to a think tank group where conflict issues are addressed. We also run a non-governmental organisation where socio-economic issues surrounding twins and multiple births are addressed. I think we would have focused on that and probably explored other things aside politics.

Do you hope to quit politics soon; or has the thought ever crossed your mind?

Politics, to us, is not something we will quit. It is about continuously bringing change in governance in Nigeria.  We will continue to support any idea that will translate into good governance in Nigeria. We are not about to stop doing that now or anywhere in the future. So quitting politics is not foreseeable.

Who is the bossiest?

Who is the messiest?

Of course, naturally the one who is the boss is the messiest. You know the boss will always relax because she has a younger sister to always do things for her.

Who is the most active on the social media?

Would you say you are shy as twins?

We shy? However, it depends on who we are conversing with.

Who is the more adventurous?

Well, there is nothing different between us; we do everything together, including going go on adventures. There is nothing one has done without the other. So we are both adventurous.

Which question do you get tired of answering?

Are you twins? No day passes without someone asking us that question.

Working and living together means you spend almost all your hours in each other’s company; the question is: do arguments arise?

Of course, we argue. It is natural as humans to argue. The reason we have the best ideas sometimes is because we   brainstorm and argue. We agree and disagree on issues and find a common ground. In fact, our argument and affection started from the womb. Probably, Hamidah wanted to come first but Faiza overtook her.

You have managed to turn your connection as twins into a career. How is this working out for you? Do we see you taking this connection to a higher level?

Alhamdullilah, we have managed to come this far, and Allah has somehow given us the blessing to like things in common. And of course, for as long as we are alive, we will continue to pursue the same thing. We have managed to leverage on each other to take well informed decisions. So going forward, whatever we are planning to do, we do it together.

What are your favourite moments as twins?

Walahi, there is never a dull moment with us. We cherish every moment. Every moment is a moment of excitement. And every moment, we thank Allah that we have each other.

What do you think everyone should know about twins?

What people should know is that as twins, we are two different individuals and we should be treated as such.

What would Kehinde do that Taiye would never think of doing, and vice versa?

With the benefit of hindsight, what would you have done differently?

Alhamdullilah, we are okay with everything that has taken place. We are okay to be part of the train of change.

Donald Trump Should Give More Priority To Security -TB Joshua