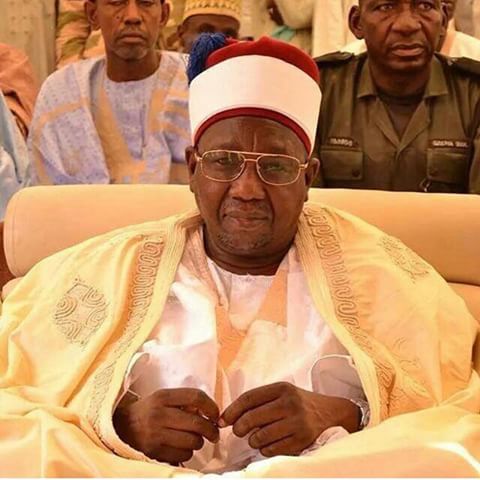 The rate of drug abuse particularly among married women and youths in Tikau town of Nangere local government area of Yobe state has forced the royal house to call on agencies concern to take immediate action to curtail the menace of abuses of drugs in the council.

The Emir of Tikau, HRH Alhaji Muhammad Abubakar Ibn Grema, who expressed concern over the increasing number of youths and married women abusing drugs in his domain said, drug abuse in his domain has risen to an alarming rate in recent times.

The Monarch spoke to newsmen at his palace in Sabon Garin Nangere, where he lamented particularly that a lot of the youths and married Women were involved in the consumption of illicit substances like Tramadol, codeine marijuana and other harmful substances that influence their brain.

He called for help for those affected by drug consumption to be treated, rehabilitated and offered meaningful life.

The royal father described the situation as unfortunate and wondered how it became so rampant among his people.

“To be candid drug addition has become one of the issue of concern and a major problem within the community”. He said

Adding, “It has gone to the extent now that if you go to the local markets in the rural areas you find people selling it openly without any fear of law prohibiting such trades. This has not stopped here as even the married women are now into drug abuse, youths, and even old men.”

He said, the NDLEA has been doing their best even in the face of greater challenges. As such, call for more support and prayers for the agency to make headway in curbing the activities of drug abuse in the area.

He said, in the Emirate, they are trying to form an independent drug fighting society to checkmate drug activities within their community. Adding that, it would be a herculean task, but with determination a society as such can bring an end to the menace of drug abuse in the council.

“We informed the NDLEA officials in our midst that we want to come up with a new approach but we need their own support, so that it will enable us sample some youth to be monitoring the activities of the drug peddlers that bring the substance to the area and sell”. He said

He also said that the local government Chairman has been briefed on the development and they summoned all their district heads, village heads and ward heads and directed them to go to their respective areas and form societies that will be checking the activities of drug peddlers in their areas.