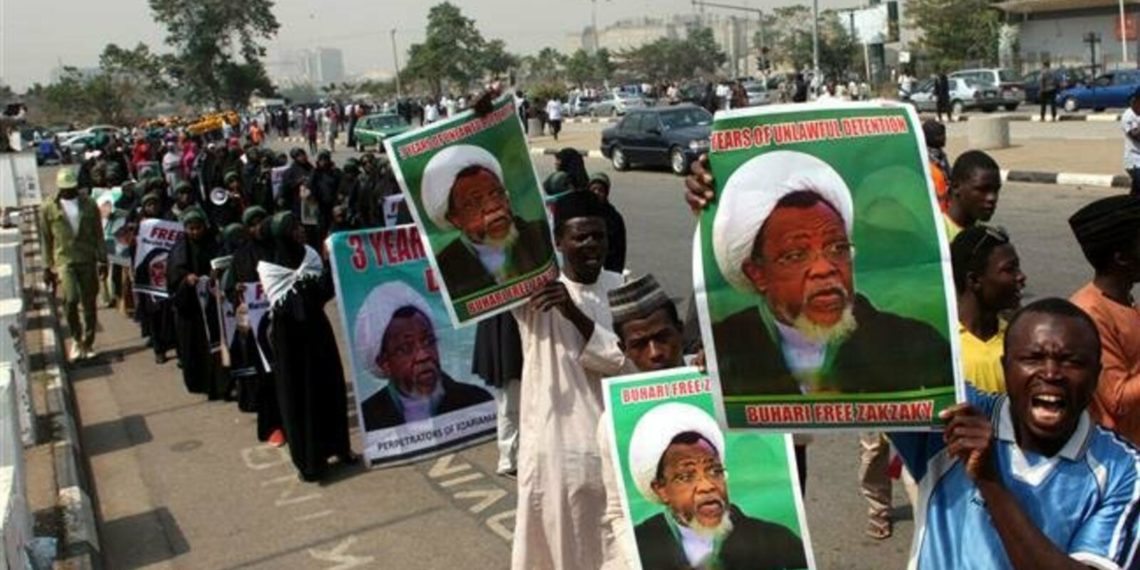 The group urged the Islamic Republic of Iran and the Kingdom of Saudi Arabia to desist from using the IMN crises to make Nigeria another testing ground for their struggle for regional supremacy.

It said IMN was not synonymous to Shi’ism “and neither of the two is interchangeable”.

Secretary General of the factional Shi’ite’s group, Sheikh Hamza Muhammad Lawal, who spoke at a news conference in Kaduna on Tuesday, said he was once a member of IMN between 1981 and 2000, after he returned from Qum, Islamic Republic of Iran, where he studied Theology.

According to him, “IMN started in the late 1970s as a socio-cultural and politico-religious revivalist movement, drawing its inspiration and taking its cue from essentially Sunni activists from countries like Egypt and Pakistan.

“It was an offshoot of the Muslim Students Society (MSS), and its birth coincided with the inception of the Islamic Revolution in Iran, which gave it a living and contemporary example of what it was yearning for, and therefore it got attracted and gravitated to its political message.

“When the leader of IMN, Sheikh Ibrahim El-Zakzaky, became a Shiite afterwards, he fell into the dilemma of either abandoning his Sunni revivalist movement or risking the possibility of losing his followers, or continuing with the movement with all its Sunni content but a Shi’ite face. He chose the latter, and that has been his undoing.

“Sheikh El-Zakzaky has not been able to complete his process of migration from Sunni activism to Shiite evangelism. His movement is a curious hybrid and a concoction, a dangerously unstable cocktail of incoherent and disorganised hallucinations and fantasies that only exist in their wildest dreams. In fact, when push comes to shove and a critical study of IMN is done, it may turn out that it is much, much closer to Sunni Islam.

“The press should, therefore, seriously note this and start calling IMN by the name it has given itself, IMN. The press is thus hereby called upon to appreciate the difference between IMN and Shi’ism. IMN is not another name for Shi’ism. The two are neither synonymous nor interchangeable.”

He, however, appealed to the Kaduna State Governor Nasir El-Rufa’i to use his good office and withdraw the case against Sheikh El Zakzaky in the Kaduna High Court.

Accolades for Gbajabiamila for appointing Akin Ogunlola SSA On Anti-Corruption + Why he will deliver!